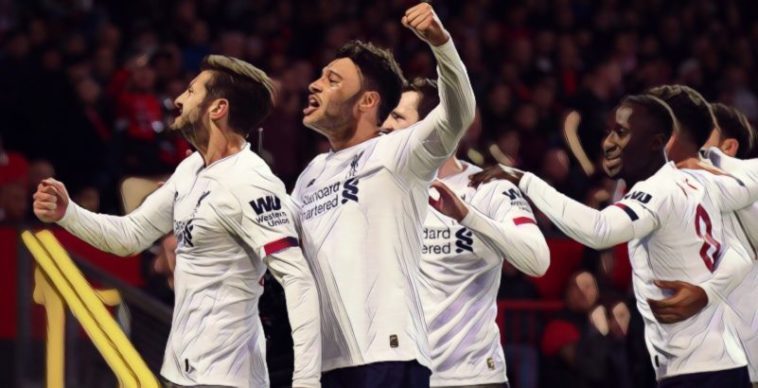 Both sides went into the game in massively contrasting form, with Manchester United languishing in 14th place in the table after their worst start in 30 years and Liverpool five points clear of Man City at the top of the table and with a game in hand.

However, Ole Gunnar Solskjaer set up his team to shut down Liverpool’s marauding full backs and hit on the counter and the plan seemed to be working a treat when Daniel James excellent cross from the right hand side was hit home from close range by Marcus Rashford on 36 minutes.

Despite continuing to perform well below the level that had seen them win 17 successive Premier League games, Liverpool did gradually grow into the game during the second period and it was no great surprise when substitute Adam Lallana steered home Andy Robertson’s cross at the back post with five minutes to go.

Liverpool dominated after the goal but they were unable to create the clear cut chance they craved and it finished honours even.

Speaking after the game Reds boss Klopp admitted his side were not at their best and suggested that all the Man United teams he’s faced since coming to England only try to defend.

“Man Utd had momentum in the first half because they were purely there to defend us,” Klopp told Sky Sports.

Klopp was going through it all today 👓 pic.twitter.com/MdDg9R3hTr

‘We should have done much better but it’s obviously easier to play like that than to pass through those lines. In the second half we changed a little and it was better.

“It’s just a point. Since I’m in England Man Utd always played like this. We could do better and we will be better in the future but now we have to take it like it is. Everyone builds it up like a mountain but only one team has to defend and the other team has to make the game. It’s not the feeling that we won something today – it’s just a point.”

When quizzed about his sides impressive winning run coming to an end the German coach insisted it’s not something his team had been focussing on.

“It was always going to happen at some point – we never thought about this. These boys are in so many departments of Liverpool history. Now we can stop talking about that and start a new series and we have to. They are coming thick and fast.”