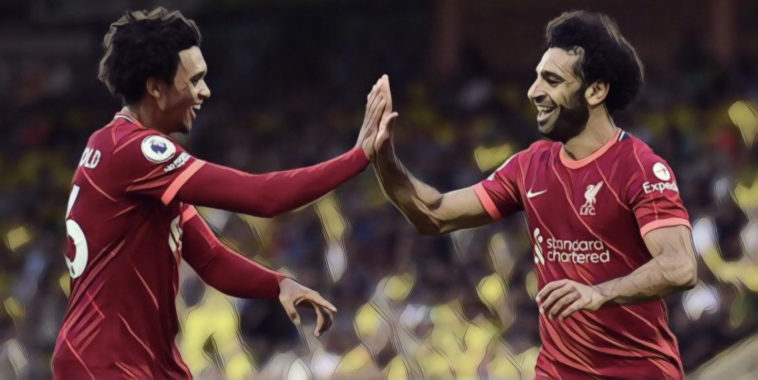 Liverpool boss Jurgen Klopp has confirmed the club are in ‘talks’ with Mo Salah over a contract extension, having already tied a number of key players down to new deals in recent weeks.

The last month or so has seen the Reds retain the services of a number of their pivotal stars in the long-term, with Trent Alexander-Arnold, Virgil Van Dijk and the Brazilian duo of Fabinho and Alisson all committing their futures to the club with new extended deals.

With skipper Jordan Henderson also likely to pen a new contract despite speculation over his future over the summer, the focus has now turned to tieing down Salah for the foreseeable future.

The Egyptian has been a revelation since joining the club in 2017, going on to net 96 Premier League goals in that time, as well as helping the club to a first league title in 30 years and secure the Champions League in 2019.

Having bagged two assists and a goal on the opening weekend against Norwich, the former Chelsea man has already started the season in fine fettle, with his strike ensuring he has now netted on the opening day for five successive campaigns.

A report this week said Liverpool have been in ‘no immediate rush’ to tie the 29-year-old down to a new deal given the financial difficulties being encountered by any potential suitors, the player having previously been linked with moves to the La Liga duo of Barcelona and Real Madrid.

Despite that rumoured lack of urgency regarding a new contract, Klopp has admitted that there are ‘talks’ to extend his deal, which currently has just two years left to return.

“I’m involved in pretty much everything that happens in the club,” Klopp said at his press conference on Friday. “Maybe some talks happen without me, that’s possible but I’m not sure. Apart from that, I know about all things.

“It is how it always is; we don’t speak about these things. I know we changed that a little bit with Hendo [Jordan Henderson], but that doesn’t mean we will from now on tell you about each little step with negotiations.

“Firstly, Mo is obviously in a really, really good moment, form-wise, mood-wise, how he behaved from the first day he came back, absolutely great.

“We are all adults, we are all professionals. If there are talks there are talks, and if there’s a decision then we will tell you. Until then it’s only important how the parties work together – and that’s not about Mo, it’s in general. We don’t have to talk about anything else, and the decisive people can talk in the background.

“But yes, with two years left, you can imagine that there are talks. That is it.”

Salah will likely be in action as Liverpool take on Burnley at Anfield in Saturday’s lunchtime kick off.