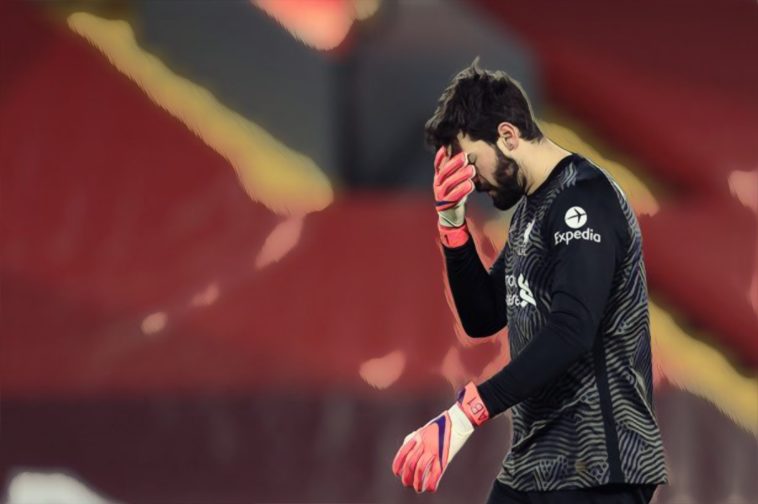 Jurgen Klopp insists Liverpool are not worried by the ‘rare’ mistakes of Alisson following the goalkeeper’s nightmare performance against Manchester City last weekend.

Alisson endured a disastrous evening as Liverpool were beaten in emphatic fashion by the league leaders on Merseyside, twice conceding possession with poor kicking in the build-up to goals from Ilkay Gundogan and Raheem Sterling.

The errors were uncharacteristic of a goalkeeper who has often excelled since arriving at Liverpool, and Klopp insists the Brazil international’s previous performances ensured there was little criticism from his teammates following a harrowing showing.

“He wasn’t happy that it happened but it’s very important to realise goalkeepers, in a long career, make mistakes,” said Klopp at his pre-match press conference.

“It’s rare a player of Alisson’s quality makes this mistake – and then he makes two in one game. There’s no criticism from the boys here.”

Liverpool travel to face Leicester in a huge clash between the top four rivals tomorrow lunchtime, with the Reds keen to bounce back and strengthen their position in the race to secure Champions League football.

Deadline day signings Ben Davies and Ozan Kabak are in line to make their debuts after arriving from Preston and Schalke respectively, Klopp having confirmed that Fabinho will miss the clash at the King Power Stadium due to a muscle issue.