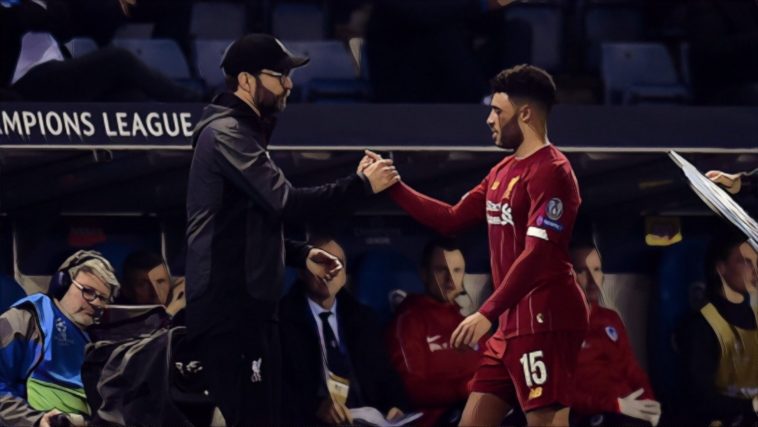 Liverpool manager Jurgen Klopp has laughed off the notion of getting a selection headache after expressing his delight at the contributions of Alex Oxlade-Chamberlain and Adam Lallana this week.

The two England midfielders have had to be patient as they await an opportunity for Liverpool so far this season, though the pair helped secure important results for the Premier League leaders over the past week.

Lallana’s late equaliser secured a vital point in the draw at Manchester United last weekend, whilst Oxlade-Chamberlain scored twice and starred in the midweek Champions League victory at Genk.

Naby Keita has also impressed over the past two fixtures after returning from injury, though Klopp says the good form of his players is a welcome boost rather than a selection dilemma.

“If my players playing a good game gives me a headache my life would be really sad,” Klopp told the media on Friday.

“He’s (Oxlade-Chamberlain) had a big impact. It’s no secret how much I like him as a person and a player.

Klopp asked about Fabinho possibly needing a rest: "He flies only in the international breaks – he doesn't play!"

“His second goal, especially, was incredible. I didn’t see one like this for a long time, if ever. It was a really special moment.

“So it’s all good – no headache, just a bigger number of players to choose from.”

Klopp also lauded the impact of Lallana and Keita, after the duo helped swing the momentum of last weekend’s clash at Old Trafford.

The Liverpool boss admits it is a good situation to be able to change games from the bench, and believes his squad will play a huge role as the club look to bring further success to Anfield this season.

“In a good situation you have the possibility to make decisive changes, if possible. Against United that proved really important.

“A lot of subs in that game we brought on had an impact so that is really massive for us. It’s a big key to be successful so I was really pleased, for Adam especially (after scoring a late equaliser), who was really close to making a start in that game.”