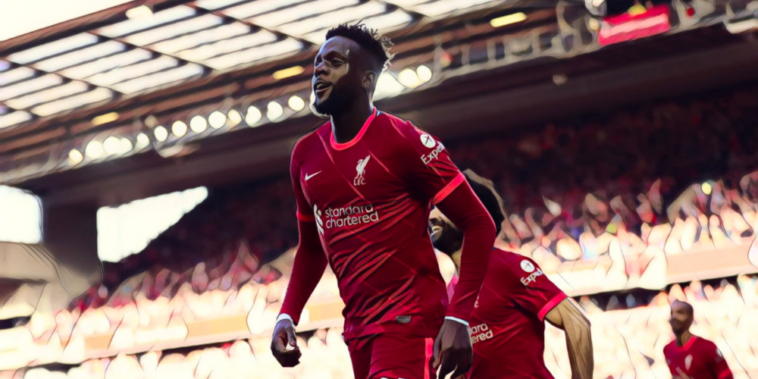 Jurgen Klopp has hailed Divock Origi as a Liverpool ‘legend’ ahead of the forward’s summer exit and has provided an update on the fitness of Mohamed Salah, Fabinho and Virgil van Dijk.

Origi is set to leave Liverpool on a free transfer when his contract expires at the end of the season with the forward having agreed a deal to join AC Milan.

The Belgium international has started just two league fixtures across the last two seasons, but will depart as a firm fans’ favourite for his role in the Reds’ recent successes.

The 27-year-old scored a number of crucial goals during the club’s 2018/19 Champions League success, including netting twice in the semi-final win over Barcelona and the second goal in the final win over Tottenham in Madrid.

Klopp admits he expects Origi to be given a ‘special reception’ this weekend as Liverpool end the Premier League season at home to Wolves.

“I expect Div to get a special reception or farewell. He is a Liverpool legend. He is one of the most important players I’ve ever had,” Klopp said at his pre-match press conference.

“He was and is a pure joy to work with. It’s not ever yet but he deserves all the good thoughts we can generate somehow for his future. Wherever he will go we will be successful.

“It will be hard. I remember so many things when I think about Div that are incredible. Goals, ups and downs. He is a Liverpool legend no doubt.”

Klopp also provided an update on the fitness of his squad and said there was a positive update on Joe Gomez, who was withdrawn during the 2-1 win at Southampton on Tuesday.

The German also spoke on Salah, Fabinho and Van Dijk ahead of Wolves’ visit to Anfield and says each of three are in contention to feature.

Klopp said that Salah ‘doesn’t want to take any risks’ with the Champions League final against Real Madrid to come on May 28, but said the forward’s recovery from his latest issue ‘looks good’.

“Joe Gomez has good news. We wanted a second scan. [It is] just a knock,” Klopp said.

“The rest of the boys look all good, what we do for the weekend, I don’t know yet.

“Mo doesn’t want to take any risks, no doubt about that but it looks good.

“My solution is they can play at the weekend or at least be on the bench. If not, we take it from there.”