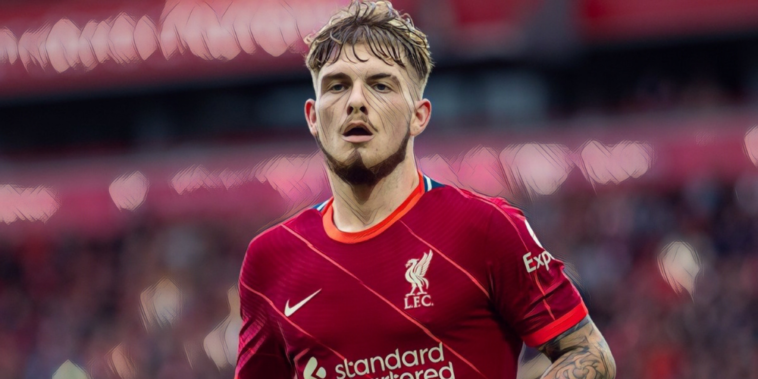 Jurgen Klopp has provided a fitness update on his squad ahead of Liverpool’s Premier League opener at Norwich and has praised the pre-season performances of Harvey Elliott.

Liverpool begin their Premier League campaign with a trip to face the newly-promoted Canaries at Carrow Road tomorrow evening, with Klopp confirming his side have an almost clean bill of health with only Curtis Jones and Andy Robertson absent.

Klopp did raise doubts over the involvement of Thiago Alcantara and Jordan Henderson however, with the midfield duo have reported back for training later than the man group given their involvement in the latter stages of Euro 2020.

“They are all here and that means we have to make selections. Henderson and Thiago started late to train, so their pre-season started last week,” he said at his pre-match press conference.

“We don’t prepare for one game, we prepare for a full season with a lot of games. It’s the most intense league in the world.

“Apart from that, all the others trained at least two weeks and some trained five weeks so I have exactly the situation I want – I hope it stays like this. We have no major injuries, apart from Robbo who isn’t available and Curtis Jones – but he is fit again, it’s just the protocol which we will respect. So, that’s it, it’s a good situation. I have to make some decisions.”

Klopp also discussed the potential of Harvey Elliott, who had produced a number of eye-catching pre-season performances since returning from an impressive loan spell at Blackburn last season.

The 18-year-old is in contention to feature at Norwich this weekend with Klopp hailing the teenager as an ‘exceptional’ prospect.

“He showed up in an exceptional way. He’s only 18 but we don’t deal with him like an 18 year-old boy on the pitch. Like all our midfielders he brings a different dimension into the game. His dribbling and passing range are top. He played top in pre-season but so did Kaide Gordon who is only 16.

“If you don’t have these spaces in the squad you block these boys so we have to keep these spaces open to show we are a club who gives opportunities to these kind of boys and these talents.”