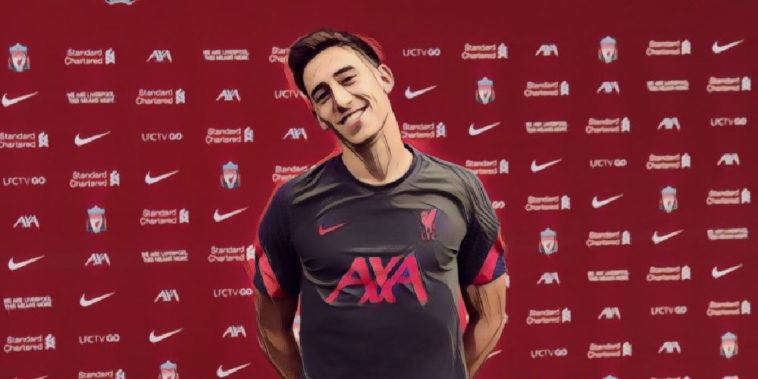 The Premier League champions confirmed their first piece of business of the summer transfer window with the capture of Greece international Tsimikas from Olympiakos, the left-back arriving to provide cover and competition for Andy Robertson.

Tsimikas arrives with a burgeoning reputation after helping the Greek outfit to league title success last season, and Klopp has opened up on what he believes the 24-year-old can bring to the squad as Liverpool look to retain the title this season.

“Kostas is a signing which just shows what we are looking for, what we need,” Klopp told Liverpoolfc.com. “I think the left-back position was now not a position where the people out there would have thought, ‘We need another player’ and stuff like this.

“It worked out pretty well, Millie played there from time to time but we cannot take any risk or we should take as less risk as possible.

“When I saw Kostas the first time, I thought, ‘Is it possible to get somebody like him?’ Meanwhile, he’s not the most experienced player because he started a little bit later with a proper career. But in the last two or three years, he’s really right on track and then has started building his career obviously.

“Then we had a conversation and he was very, very positive about this, knowing that we have already a world-class full-back – but that’s exactly what you try to have.”

Klopp already seems impressed with his ‘cheeky’ and ‘exciting’ new signing as he prepares for an ‘intense season’, saying that increased options will be important as his side look to bring further silverware to Merseyside in the coming campaign.

“It will be the most intense season probably of our lives. And because of coronavirus, we cannot prepare perfectly for it because the market is not like this, nobody knows exactly how it will be in the next few months.

“I’m not sure we can cover each potential problem we have like this but this problem, I’m pretty happy with the solution.

“Robbo and Trent, let’s say, they cannot play every season 50-something games – it would limit their careers, to be honest, even when they come through. So I’m really happy that we got this proper option and he is a proper option.

“He’s a super guy, a very confident boy, cheeky and if you want, watch him on YouTube – probably most of our supporters did that already. I would say quite exciting.”

See also – Not a one-off: Lyon defeat was a microcosm of Man City’s disjointed season