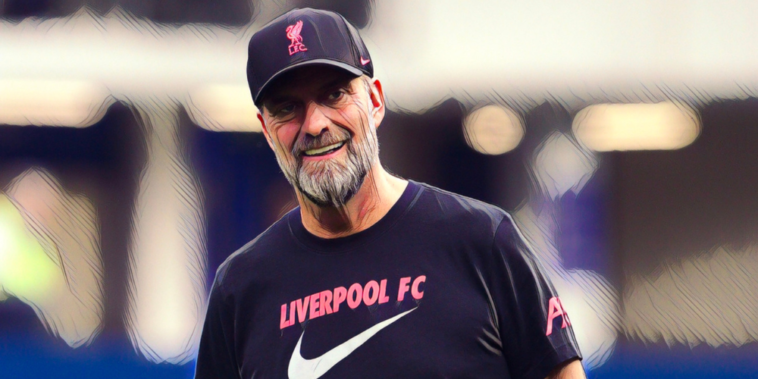 Jurgen Klopp has discussed Cody Gakpo’s best position, as well as the impact of the new arrival on the Liverpool squad and the club’s transfer budget.

Liverpool have confirmed a deal to sign Gakpo from PSV Eindhoven on a six-year deal, with the move to become official when the January transfer window opens next week.

The 23-year-old arrives with a growing reputation after impressive performances for club and country, including a strong World Cup campaign in which he scored three goals for the Netherlands.

Gakpo is capable of operating in a number of roles across the forward line and Klopp has discussed how he sees the new arrival fitting into his side.

“The position he has played most often is on the left, that is clear,” Klopp told a pre-match press conference ahead of Liverpool’s clash with Leicester on Friday evening.

“But he can play all four positions up front if you play a 4-2-3-1 and is still very young. He’s in good form with the league and World Cup. The position he probably prefers he can play is on the left of a 4-3-3.”

Gakpo arrives as the leading scorer and assist provider in the Eredivisie so far this season and his arrival will boost Liverpool’s depleted frontline. The Reds currently have Diogo Jota and Luis Diaz sidelined and Klopp was asked whether those absences influenced the decision to move for the winger.

“No, not at all,” he said. “We decided to do something from the sports point of view without having a green light from the financial side 2/3 months ago. In the end, because we did it early, it might have been influenced.”

Klopp was asked on how the deal would impact Liverpool’s transfer budget moving forward, with the Gakpo transfer worth an initial £37m. The German believes now was the right time to sign Gakpo and is looking forward to how he develops at Anfield.

“The money you spend impacts on the money you can spend (in future). Same for anyone. But we know what we want to do and see if we can do it. It’s about money of course but it’s more about how it always was – the right players. We are really, really happy we got Cody.

“It’s about timing and getting players in at the right moment. He always made the next step. We believe in our process, when players especially offensive ones they all make a step forward because of the way we work and can help them”

“No. We had talks with Bobby. From my point of view, I want him definitely to stay. It has no impact. If it affects Bobby then you’d have to ask him.”