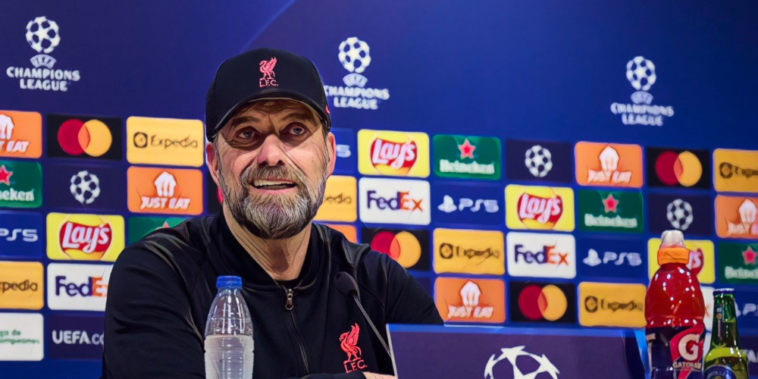 Jurgen Klopp insists Liverpool ‘have to show a reaction’ ahead of the club’s Champions League clash with Ajax at Anfield.

Liverpool welcome the Dutch champions to Merseyside on Tuesday night, in need of a positive result following a shock 4-1 loss at Napoli in their group stage opener.

Klopp’s team were cut apart in a humbling defeat in Italy, one which leaves the Reds playing catch up in Group A after Ajax thrashed Rangers in the group’s other fixture.

The German is anticipating a difficult evening against Ajax, who have began the season in fine form despite a mass exodus that saw manager Erik ten Hag and several key figures depart during the summer. Speaking ahead of the clash, Klopp outlined his demand that the Reds show a reaction from their defeat in Naples.

“We have to show a reaction, we know that. It doesn’t mean we get a result v Ajax,” Klopp told his pre-match press conference.

“A massive rebuild for them but a really good job. The situation about the group is not massively helpful but it’s a home game in the Champions League.

“We make sure we play different to Napoli and we’ll see. Ajax are in the Champions League and they belong there. Are they the strongest team in the competition? I haven’t seen the rest yet.”

Klopp opened up on Liverpool’s preparations ahead of the clash and admits his squad have had ‘4 or 5 days now of absolute truth’ after the defeat at Napoli, one which he called the worst performance of his reign.

“We had a meeting, showed them the situations and I didn’t have to say a lot [about Napoli]. The players know. We brought ourselves to this situation.

“We had obvious football problems which was from misjudgments. Everyone wanted to sort it by themselves. No structure.

“We had 4 or 5 days now of absolute truth. Not to knock the players down, just to make sure where we are now, this is the starting point for us to sort the problems together on the pitch. No pointing at each other.”