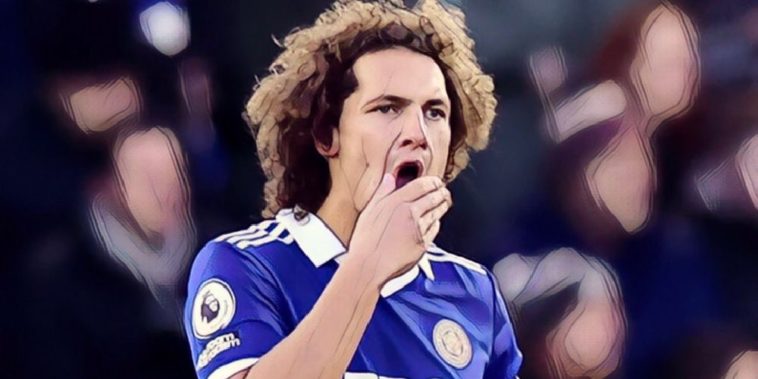 A pair of Wout Faes own goals gifted Liverpool all three points as they came from behind to beat Leicester at Anfield.

Leicester got off to the perfect start, stunning the Anfield crowd into silence as they took the lead in the fourth minute. A goal kick from Danny Ward was steered to Patson Daka, who then touched it into the path of Kiernan Dewsbury-Hall. The Reds missed a number of challenges in the buildup before the midfielder surged through their defence and slotted beyond the onrushing Alisson.

The Foxes were poor in their Boxing Day defeat to Newcastle, though seemed right up for the fight in this one, and looked particularly dangerous on the counter.

Liverpool seemed to lack their usual cohesion, but would be gift-wrapped an equaliser seven minutes before the interval, a tame Trent Alexander-Arnold cross from the right being turned into his own net by Wout Faes; the Belgian miscueing his attempted clearance that looped up and over his ‘keeper who had shouted for the ball.

Incredibly, in the last minute of the first half, Faes had another own goal against his name as Liverpool took the lead. Darwin Nunez’s blistering pace got him in behind the Leicester defence, and while he again failed to hit the target, his effort came back off the post and onto the legs of the centre-back who was unable to prevent the ball from going into his own net.

2 – Wout Faes is the fourth player with two own goals in a single Premier League game, after Jamie Carragher (1999, Liverpool vs Man Utd), Michael Proctor (2003, Sunderland vs Charlton) and Jonathan Walters (2013, Stoke vs Chelsea). Accomplice. pic.twitter.com/KXuyFExLtP

The second half continued in a similar fashion with chances being squandered at either end, though neither side could add to the scoreline in what was otherwise an entertaining game.

Speaking after the game, Jurgen Klopp conceded that his side were ‘too open’ at times but felt that his side‘s better moments of play ‘forced’ the own goals.

“Obviously the early goal we concede is not helpful,” he told Sky Sports. “We are here for results. We won the game, three points, that’s very important. In our best phases, when we were super stable, we had performances similar to tonight, maybe not exactly like that.

“But we lost balls in the wrong moments when you play a counter-attacking team, we were too open in these moments. We had to change the formation this morning, which is never helpful.

“We had good spells, forced them to score the own goals – a pity for the boy. The second half was better, we were higher up but they still had their moments because we were too open. We have to take the result momentum but we have to play better.”

Next up for Liverpool is a trip to take on Brentford on Monday evening.