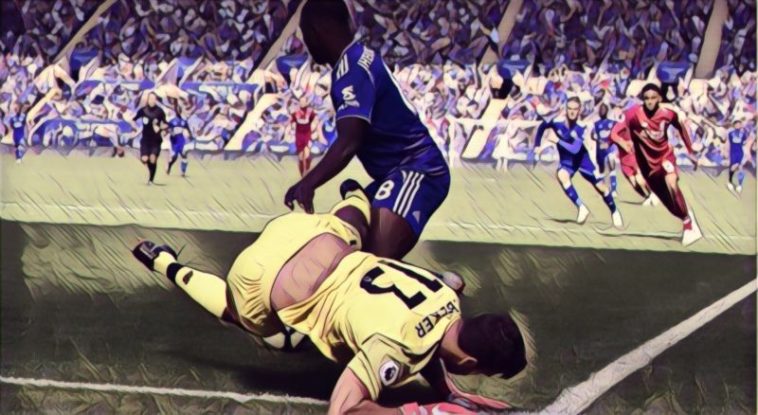 Liverpool maintained their excellent start to this Premier League season by beating Leicester City 2-1 away in today’s early kick-off.

It was Jurgen Klopp’s sides fourth win on the bounce and sees the Anfield outfit maintain their position at the top of the Premier League.

However, much of the post-match discussion centered around the howler committed by Liverpool’s £67 million goalkeeper Alisson which gifted the home side their goal.

Rather surprisingly though, Reds boss Klopp admitted afterwards that he expected the Brazilian ‘keeper to make that type of mistake, but also warned his defenders to take more responsibility and not always look to pass the ball back to Alisson.

“I thought it would happen,” Klopp told Sky Sports.

“I didn’t think it would happen during the next match. He knows it, we need to get used to it. We constantly get the ball to the keeper but the player needs to learn there are other solutions

“Joe (Gomez) could have cleared the ball, Alisson could have too. That is how it is. He is a fantastic goalkeeper, makes some fantastic saves. He didn’t do what he was supposed to but it’s all good.