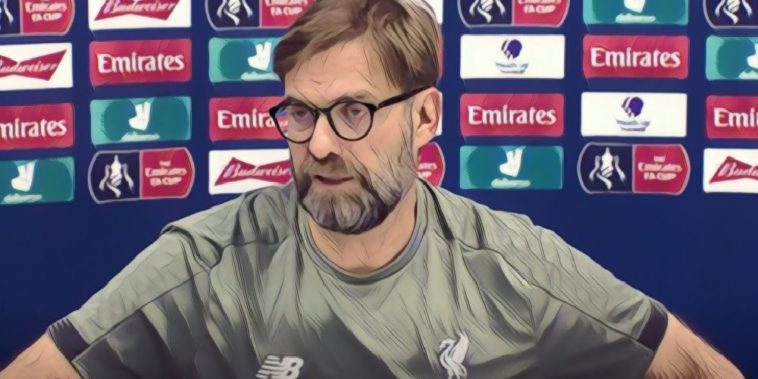 Liverpool manager Jurgen Klopp is not taking Bournemouth for granted ahead of their Premier League encounter on Saturday afternoon.

The Cherries are struggling in the bottom half of the Premier League table, embroiled in a fight for survival, while Liverpool are riding high in first place, making the outcome of this fixture seem fairly straightforward.

Klopp doesn’t see it that way, especially after a poor run of form that has seen the Reds lose three of the last four matches in all competitions, and has identified the area where their opponents can hurt them this weekend.

“I think they have scored 50% of their goals like this from set-pieces, which is impressive, so we have to respond there, play football and force a way through.

“We have to be perfectly protected because of the threat of a counter-attack through Josh King and Ryan Fraser.

The match at Anfield is an opportunity for the champions-elect to “get back on track” and move one step closer to a first league title in 30 years.

“One defeat feels like two defeats, so it’s not a massive difference, It’s just how you get back on track immediately – the results track, if you want.

“We have to work really hard and we have to fight back. It will always be like this and it will never be different.

“And that’s what we have to do on Saturday as a unit with our supporters and not just waiting for the perfect moment.”