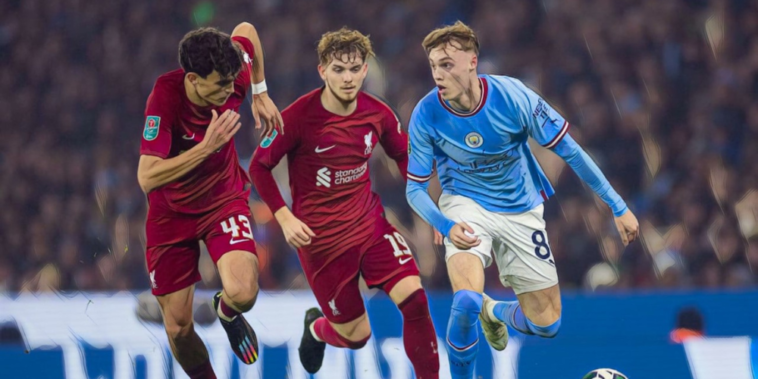 Liverpool’s defence of the trophy came to an end following an entertaining contest at the Etihad, with City emerging as 3-2 winners in a deserved result for Pep Guardiola’s side.

City took the lead on three occasions and opened the scoring as Erling Haaland scored his 24th goal of the season, but Liverpool twice leveled with their first equaliser coming from Fabio Carvalho. Riyad Mahrez and Mohamed Salah then exchanged goals, before Nathan Ake headed home Kevin De Bruyne’s cross to send City into the quarter-finals.

Klopp was disappointed with his side’s defending in the game and believes each of City’s goals were ‘completely unnecessary’.

“We played a formation that we haven’t played for a long time, and we had to change in pretty much our last session. You could see that, we needed time to adapt,” he told Sky Sports.

“In the first 15 minutes we had real problems and that killed our confidence and conviction a little bit.

“The goals we conceded were completely unnecessary. We had good spells and could have scored more goals as well. It’s a result we have to live with now.

“It was a high-intensity game from both teams, that’s normal. We played a good game but not good enough to beat City tonight. That says something but not everything. It’s just how it is.

“There’s a lot we can build on and we can take into the next games and that’s what we’ll do.”