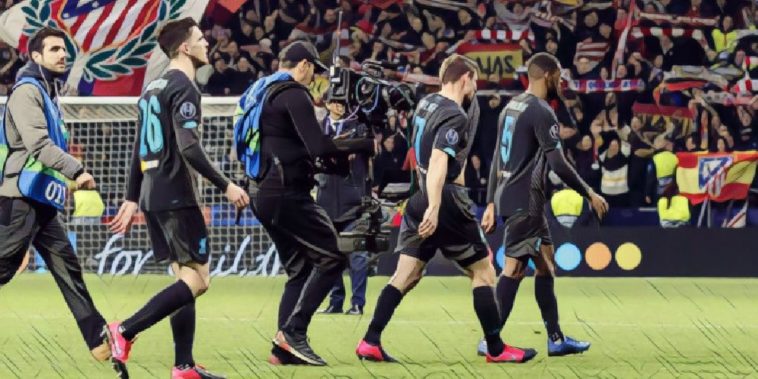 Jurgen Klopp has spoken on the disappointment amongst the Liverpool players following the club’s Champions League defeat to Atletico Madrid in midweek, admitting the Reds feel ‘really bad’ following the 1-0 loss in the Spanish capital.

The European champions’ hopes of defending their title were dealt a blow with defeat at the Wanda Metropolitano, the Merseyside club facing a difficult task to overturn the deficit ahead of the return fixture at Anfield in three weeks time.

Speaking ahead of the club’s return to Premier League action against West Ham on Monday night, Klopp admits there has been a change in atmosphere amongst the squad following a difficult evening in Madrid.

“We have to put it right to get the other feeling back,” Klopp said at his pre-match press conference. “I don’t think we lost how it feels when we won a few games, but now we lost the difference is massive, it’s much more than three points.

“It’s really [like going] from sunshine to hardest rain. That’s how it should be. If you really want to be successful, what we could have been in that game, it has to feel really bad and that’s how it felt.

“So yes, we want to put it right even though it’s a different competition.”

Liverpool‘s defeat was further compounded by an injury suffered to captain Jordan Henderson, the midfielder likely to miss around three weeks after pulling up with a hamstring complaint.

Whilst Klopp admits the loss of the in-form 29-year-old is a blow, the German admitted the club have been fortunate in terms of the severity of the injury.

“It could have been worse, it was a hamstring,” Klopp said.

“There are different hamstring injuries around in the Premier League, Harry Kane for example. It’s not that bad, around three weeks, which is not cool, but we are still lucky.”

Read: Out of Stevie G’s shadow, Henderson strides towards icon status at Liverpool