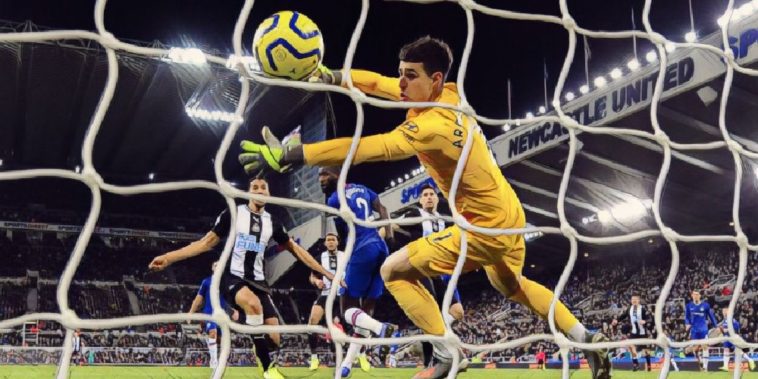 Kepa Arrizabalaga is determined to stay and fight for his place at Chelsea despite Frank Lampard having appeared to lose faith in the goalkeeper.

The Spain international has struggled to live up to expectations since becoming the world’s most expensive goalkeeper when signing for Chelsea two years ago, the £71.6m shot-stopper producing a series of underwhelming displays.

Kepa was dropped for the club’s Champions League clash with Bayern and the FA Cup final, with many suggesting the former Athletic Bilbao player could be forced out as part of Lampard’s overhaul at Stamford Bridge.

The 25-year-old possessed the worst save percentage of all regular top-flight goalkeepers last season, a worrying statistic for Chelsea as they look to bridge the gap to the Premier League’s leading sides and improve a defence which conceded more goals than any other side in the top half.

Lampard has invested heavily in his squad this summer with the likes of Timo Werner, Hakim Ziyech, Ben Chilwell, Thiago Silva and Malang Sarr having already arrived, whilst talks over a deal for Bayer Leverkusen midfielder Kai Havertz are progressing ahead of an expected deal for the Germany international.

Chelsea have been linked with a host of goalkeepers but are yet to make their move for a new number one, whilst The Sun are reporting that Kepa is keen to play his part in a new-look side next season and fight for his position.

The Spaniard still has four years remaining on his current contract, whilst the Blues’ desire to recoup a significant part of their world-record outlay has put off potential suitors, the report indicating Chelsea have set an asking price of around £50m for the goalkeeper.