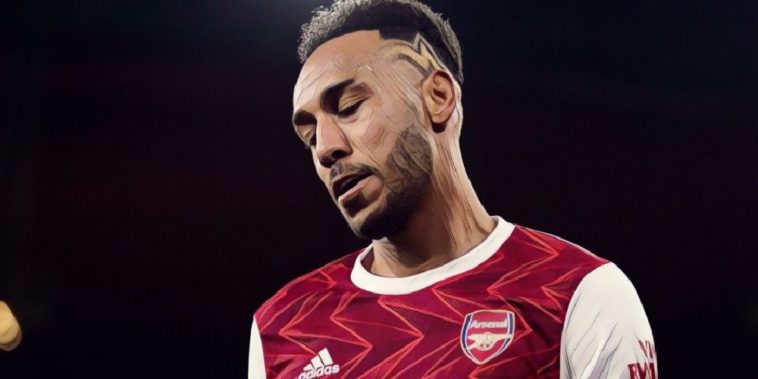 Aubameyang has been one of the Premier League‘s leading forwards since his arrival at the Emirates from Borussia Dortmund in 2018, but has struggled to replicate his previous performances during a disappointing 2020/21 campaign.

The Gabon international has scored just nine league goals for the season and has produced a series of underwhelming displays of late, including an anonymous showing in the Gunners’ 3-0 defeat to Liverpool on Saturday.

Keown believes now is the time for Arteta to make a huge decision on the 31-year-old and believes the north Londoners should put their faith in youth ahead of the Premier League’s run-in.

The former England international has backed teenager Gabriel Martinelli for a run in the side and believes the Brazilian youngster – alongside fellow prospects Bukayo Saka and Emile Smith Rowe – can provide Arsenal with some much-needed ‘energy and drive’.

“Arteta has a big decision to make on his captain,” Keown writes in the Mail. “He set an example by dropping for the north London derby recently. Aubameyang was supposed to start against Spurs but turned up late and was pulled.

“Should Arteta not be dropping him for performing as poorly as he did against Liverpool? If he sticks with him, he risks losing the respect of the group.

“It’s time to bring in 19-year-old Gabriel Martinelli. He is too good to be sitting on the bench. His team-mates see him in training and know what he can do.

“Use him on the left. Use Martinelli’s fellow 19-year-old Bukayo Saka on the right. Start Emile Smith Rowe. Then you’ll have a team who can pose problems for the opposition. There were too many passengers against Liverpool.

“The visitors’ weakness was their centre back pairing of Ozan Kabak and Nathaniel Phillips but Arsenal couldn’t test them.

“They had Aubameyang on the left, Alexandre Lacazette central and Nicolas Pepe on the right — three club-record signings — but they missed the energy and drive of Smith Rowe and Saka.”

Read – Nineties Nostalgia: Five of the best Premier League games of the 90s