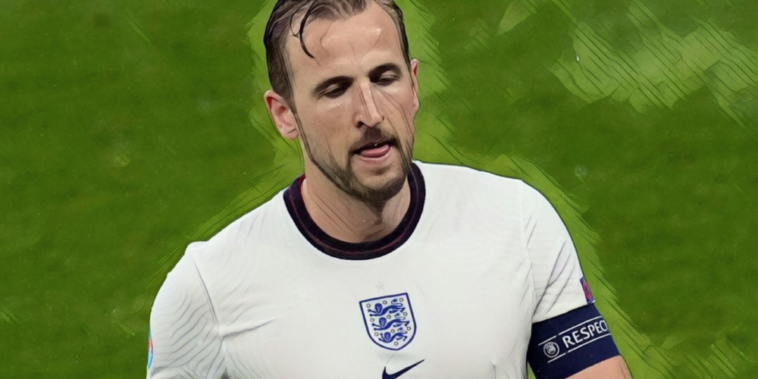 Friday’s highly anticipated Euro 2020 group stage clash between the Three Lions and rivals Scotland saw the Tottenham Hotspur striker once again lead the line, before being withdrawn midway through the second-half in favour of Marcus Rashford.

Having seemingly been one of the nation’s key men heading into the tournament – particularly after clinching the Golden Boot at the 2018 World Cup – the forward’s place in the starting XI could potentially be under threat.

The Spurs striker is currently at the centre of intense transfer speculation, with the player having informed the club of his desire to leave as he looks to secure a first piece of major silverware.

While a reported asking price of over £150m could pose a crucial obstacle to any switch, Kane remains heavily linked with making a move to fellow Premier League rivals Manchester United, Manchester City and Chelsea, as well as a possible move abroad to Mauricio Pochettino’s Paris Saint-Germain side.

Speaking after the 0-0 draw at Wembley, former Republic of Ireland international, Roy Keane, suggested that the striker’s future could be having an adverse effect on his performances, with a ‘leggy’ Kane looking well short of his best at present.

“He said he wanted to leave Spurs, maybe he’s been distracted by that,” Keane said on ITV. “That could be an energy zapper if you think you’re leaving the club or having talks with another club. That’s not helpful.

“He doesn’t (Kane look fit) he looked leggy. He doesn’t look up to speed, on his heels all the time,’ he said.

“For England to compete in this competition you need your star men to perform. We’ve seen Lukaku and De Bruyne turn up, Ronaldo, Kane wasn’t at his best.

“And I’m glad Gareth took him off because there’s this talk of him being undroppable, he’s the star, he’s the main man. If he’s not performing you get him off. Rashford gave them a little bit more energy but still not enough.”