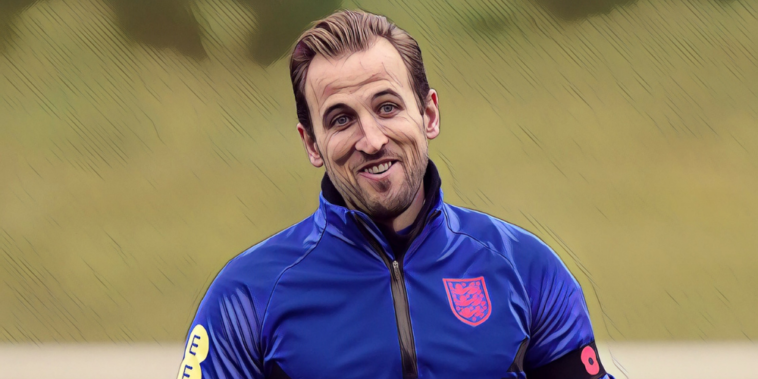 Gareth Southgate says Harry Kane is ‘keen’ to play against San Marino as the England captain closes in on Wayne Rooney’s goalscoring record for the national side.

England face San Marino this evening in their final World Cup qualifier, the Three Lions looking to secure victory and secure their passage to Qatar 2022 as group winners.

San Marino are currently bottom of FIFA’s world rankings and have lost each of their previous nine fixtures in qualifying, scoring just once – in the 7-1 defeat to Poland on Friday – and conceding a huge 36 goals in the process.

England are expected to secure a comfortable win against the minnows and Southgate has revealed that Kane is ‘keen’ to feature in the clash, having scored a hat-trick against Albania on Friday to move to 44 goals for the national side – joint-fourth in the rankings alongside Jimmy Greaves.

Kane is now just nine goals short of equalling Rooney’s record (53) for the Three Lions and the Tottenham forward is hoping for a chance to add to his haul against San Marino this evening.

“He’s quick to let me know he hasn’t played in those games,” Southgate said at a press conference.

“With Harry [Kane], I don’t think it would be right to treat this game any differently from any other by giving you the team,” he added. “But, for sure, he is keen to play. He wants to play. We have got to make sure we get this game won and we still have to try to qualify for the World Cup.

“When we are picking a team, no matter what the opponent, we are always thinking about having the right balance, leadership … In any game, if you don’t have the right leaders on the pitch and you don’t start the game well, then it can lead to anxiety and, if you have not got enough experience around, that can lead to unnecessary difficult moments.”