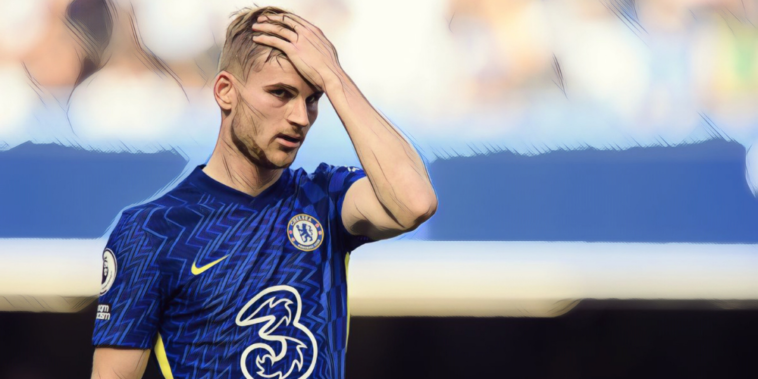 Juventus want Chelsea to include Timo Werner as a makeweight in a potential deal that could take Matthijs de Ligt to Stamford Bridge.

Chelsea are interested in a deal to sign the Dutch defender, who is understood to be keen on a move to the Premier League after three seasons in Turin.

The west Londoners view the 22-year-old as an ideal replacement for the departed Antonio Rudiger and Andreas Christensen at centre-back, but have seen an opening offer of £34.4m plus Werner rejected.

The Daily Mail are reporting that Chelsea remain hopeful of reaching an agreement for De Ligt, despite the defender possessing a release clause of £102m in his contract at Juventus.

Juventus’ interest in Werner could aid negotiations with the forward having endured a challenging time in English football since arriving from RB Leipzig in 2020.

The Germany international signed for Chelsea in a £47.5m deal but has struggled to replicate his goalscoring form in the Premier League, netting just ten league goals in 54 appearances for the Blues.

Werner could be open to a move as he seeks regular first-team football ahead of the World Cup, where he will hope to earn a starting place for Germany in Qatar, having scored 24 goals in 53 appearances at international level.

Chelsea are also reportedly willing to include Christian Pulisic in part-exchange should an agreement with Werner not be reached, with the west Londoners targeting the signings of Raheem Sterling and Raphinha in wide areas.