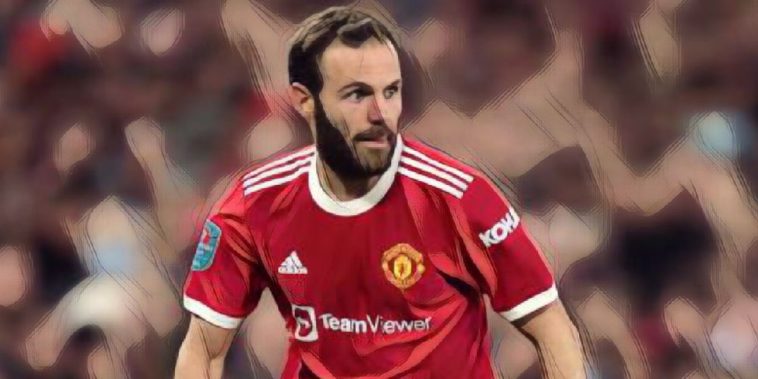 Juan Mata is reportedly ‘open’ to remaining in the Premier League after it was confirmed he will leave Manchester United this summer.

Manchester United confirmed on Thursday that the Spaniard would become the fifth player to leave the club on a free transfer at the end of the month, following Paul Pogba, Jesse Lingard, Edinson Cavani and Nemanja Matic out of the Old Trafford exit door.

Mata arrived at Manchester United on the back of a superb two-and-a-half-year spell at Chelsea, winning back-to-back player of the year awards before making his then club-record £37.5m move to the North West.

He joined David Moyes’ side in January 2014, going on to make 284 appearances, scoring 51 goals and providing 47 assists for United, though never really hit the same highs under a succession of managers at Old Trafford.

Mata is out of contract at the end of the month, and according to the Manchester Evening News, the club were prepared to offer him a one-year playing contract and had hoped to then ‘ease him into an administrative role.’

The Times report that Mata did not initially rule out remaining at Old Trafford, though has subsequently opted to leave following his ‘conversations’ with the club as he is still keen to ‘play regularly’.

The 34-year-old has been linked with a move to the MLS or a return to his native Spain, though the Times report insists Mata is yet to decide his future, and has not ruled out extending his stay in the Premier League to a 12th season.