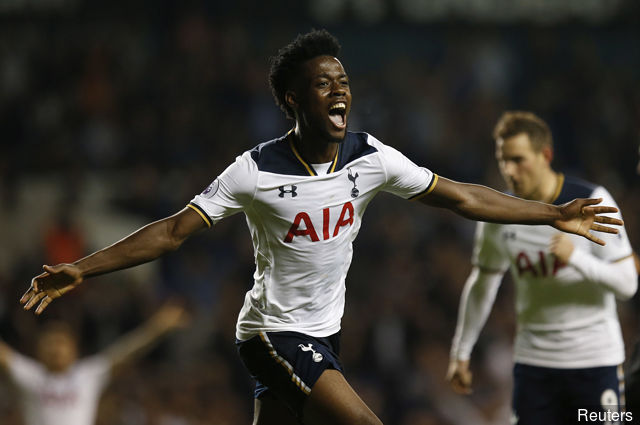 England won the U20 World Cup yesterday, beating Venezuela 1-0 in the final. Tottenham midfielder Joshua Onomah was a huge part of their tournament victory, posing a formidable figure in the England midfield. But who is the youngster who is on the border of Tottenham’s first team?

The 20-year-old has regularly featured in an attacking role when he has made his occasional appearances for the Spurs first team. However, he played in a deep-lying central midfield role during his Tottenham development and this is the position he dominated in South Korea during this year’s World Cup.

In the final, he almost scored a sensational goal when his long-range effort smashed the bar and bounced onto the line. His main impact on the game however was his strength, thwarting Venezuela’s dangerous-looking attacks time and again in the final third.

Pundits were full of praise for Onomah. BBC pundit Trevor Sinclair described him as looking “a man against boys at times. He looks so strong, so physical.

“His awareness and his change of direction with the ball and his passing ability…sometimes you’re talking about getting in uncomfortable positions and players panic, but he doesn’t.

“He just holds them off, he knows how strong he is and his end product has been superb. I’ve been really impressed with his performance.”

One fan on twitter put Onomah’s success down to ‘training with Wanyama and Dembélé’ at Tottenham, who are both incredibly strong players. Training with them must have done a world of good to Onomah who had an air of their flair and strength as he played in the heart of England’s squad.

Onomah joined Spurs in 2013, representing Spurs for their U18s and U21s. He made his first team debut against Burnley in the 2014-15 season, whilst captaining the U21 team to the semi-finals of the FA Youth Cup.

He has also represented England at all levels between U16 and U21, and was part of the side that won the European U17 championships in 2014, as well as making 4 appearances in the 2016 European U19 championships where England finished semi-finalists.

Having propelled onto the international stage with his performances in this years U20 World Cup, he looks set to break into Tottenham’s first team more regularly in the coming seasons.

At only 20 years old, the only way is up for the young midfielder.