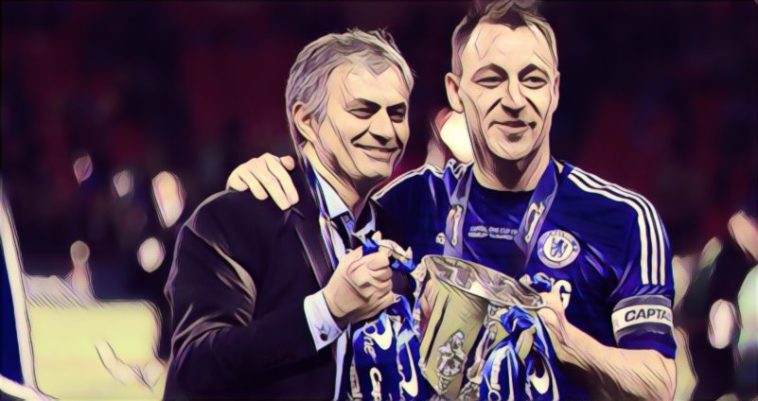 Assistant managers have been fairly popular subjects lately, with Zeljko Buvac, Mikel Arteta and Rui Faria all making the headlines in recent weeks. Now Jose Mourinho has made some fairly intriguing comments about who could be his next number two.

Jose Mourinho is set to be without an assistant after his long term friend and colleague Rui Faria announced his imminent departure at the end of the season.

The duo have worked together at a number of different clubs around Europe for the last 17 years, and questions are now being asked about who will replace him. Mourinho of course has plenty of other members of his backroom staff that he could choose, including the recent addition of Michael Carrick, who will join United’s coaching staff ahead of the start of next season.

However, speaking to Portuguese newspaper Record, Mourinho was asked if his next assistant would also be Portuguese, to which he gave a very intriguing answer:

“No. It’s a person coming who worked with me before but I can’t say the name because he’s still linked to another club,” said the United boss.

“Michael Carrick becomes a coach on the pitch but I’m looking for two new people on the team. Good coaches there are many, but I like to make my assistants.

“I do not like trained coaches, I like to shape them in my way of thinking and they grow with me and I also grow with them.”

These comments have got many people thinking about who he could be talking about, with one pretty sensational theory on social media making John Terry a potential candidate.

Terry is of course one of the best centre backs the Premier League has ever seen after his illustrious career at Chelsea, where he of course worked with Mourinho twice.

He finally ended his long association with Chelsea last summer, stepping down into the Championship to play with Aston Villa. Villa are currently preparing to play in the playoff final next weekend against Fulham. Terry’s contract is set to expire this summer, and he has recently admitted he would like to continue with the Villains if they make it back to the top flight.

Terry almost single handedly handed the Red Devils their third European crown back in 2008, when he made that slip in the penalty shootout – something that United fans haven’t let him forget ever since.

However Mourinho’s comments have got United fans worried that JT could be heading to Old Trafford.

Essien and Carvalho currently without a club.

Terry is the only one whose contract seems to end in June… https://t.co/9ZSlha4n2n

Give Fellaini a new deal. Rename Old Trafford the Nissin Noodle Bowl. Reappoint Moyes. Replace the Holy Trinity statue with a Lingard dance one. All things I would prefer to live through than John Terry as assistant manager.

just when the club cant get any flatter, Jose brings John Terry in as assistant manager.

While United fans seem worried about Terry arriving at Manchester United this summer, we think that there are two other candidates that are far more likely.

One candidate could be Aitor Karanka, with who Mourinho worked with at Real Madrid. The former Boro boss is currently the manager at Championship side Nottingham Forest, who finished in 17th position in the English second division.

Another candidate could be Steve Clarke, who was the Portuguese’s assistant at Chelsea between 2004 and 2007. He is currently in charge at Scottish side Kilmarnock, who finished fifth in the Scottish Premiership this season.

Whether either boss will want to take the step down from number one back to number two is yet to be seen, but surely it cant be John Terry though? Can it?