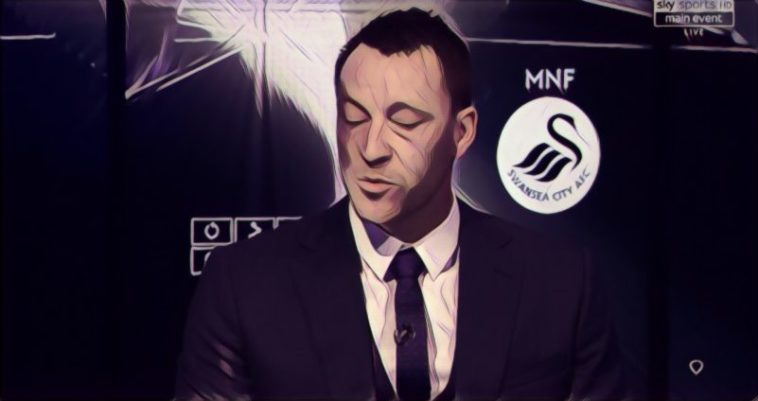 There was only one rule however, that he could not pick any of his former Chelsea team-mates. Judging by the 37-year-old’s selections he definitely rated the players from one of his club’s main rivals more than any others …

No arguments here JT, the Spaniard with the cat-like reflexes has grown into the worlds best keeper since moving to Old Trafford from Atletico Madrid in 2011.

Undoubtedly the Premier League most consistent right-back ever, Neville played a whopping 602 games for the Red Devils and won an amazing eight league titles.

A rolls royce defender who formed a formidable partnership with Terry at international level.

We can only imagine this was a sympathy vote as the ex-Liverpool man was standing beside JT in the Sky studio.

More widely known for his hilarious Instagram posts and kicking fans in the head these days, but Evra was at one time one of the worlds top left-backs and is a Man United legend.

Not a bad player this lad, has picked up a sensational five Balon d’Or’s and has broken so many individual records we honestly don’t even know where to start.

A genius of a footballer, part of the fabled class of 92 and widely considered to be one of the most technically gifted players England has ever produced.

Liverpool’s captain fantastic was like a real life Roy of the Rovers, who almost single handedly dragged his club to numerous cup successes.

Some younger readers will remember Giggs as a midfield playmaker, but in his younger days he was one of the most devastating wingers ever seen on these shores, won the Premier League a quite ridiculous 13 times.

Scored a whopping 175 goals Premier League goals and as Terry said himself, probably the best all-round forward the league has ever seen.

England and Manchester United’s record goal scorer, who is currently proving me well and truly wrong as he bangs in the goals for boyhood club Everton.