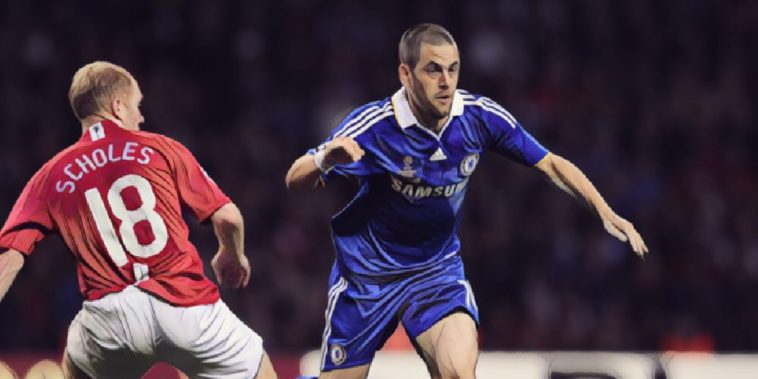 Joe Cole has admitted that he is ‘gutted’ that he never managed to win the Champions League during his playing career.

During his Chelsea playing days, Cole won three Premier League titles, two FA Cups and one League Cup, but was forced to settle for a runners-up medal from his only appearance in a Champions League final; the Blues lost to Manchester United on penalties on a rain-soaked night in Moscow in 2008.

Chelsea would eventually get their hands on Europe’s biggest prize four years later on a famous night in Munich, beating Bayern Munich on their home patch, though by that time Cole had already moved on, joining Liverpool on free transfer in 2010.

With the South West London outfit back in Champions League action on Wednesday evening against Lille – a club Cole spent a year on loan at in 2011/12 – the now 37-year-old has spoken about the winners medal that seemed to elude him.

“The Champions League is like the fish that got off the hook for me,” Cole told chelseafc.com. “I played in four semifinals and a final so you don’t get much closer than that without winning it.

“I was buzzing as a fan when the club finally won it in Munich, really happy for the supporters and my mates in the team, but as an ex-player there was a part of me that was gutted it didn’t happen five or six years before.

“Of course, I’d have loved to have won it to complete the medal haul but it wasn’t meant to be. I had some fantastic nights along the way and I’m just proud that I got to play in the Champions League for the club I supported as a boy.”

See also: Five of the best players to play for Liverpool and Chelsea