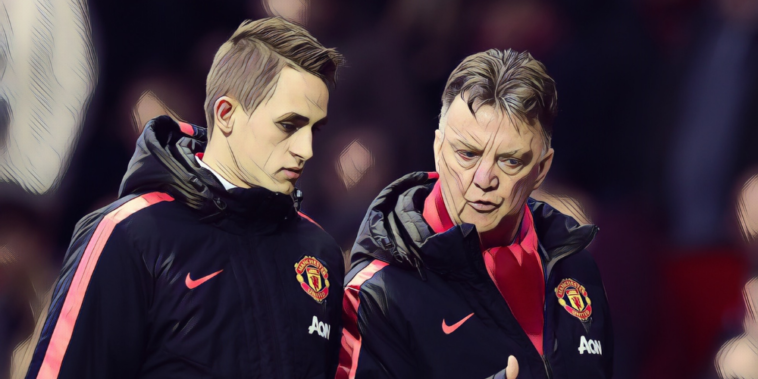 Adnan Januzaj has blamed Louis van Gaal for his Manchester United woes, ahead of the Europa League meeting with his former club on Thursday.

The winger burst onto the scene under David Moyes during the 2013/14 season, the youngster one of the few bright sparks in what was an underwhelming title defence, the club’s seventh-place finish ultimately costing the former Everton boss his job.

The arrival of Van Gaal the following season severely restricted the Belgian’s game time, with the player eventually joining Borussia Dortmund on loan in 2015, before reuniting with Moyes at Sunderland on loan a year later.

After struggling to impress in both of his temporary moves, Januzaj was allowed to leave the club on a permanent deal in 2017 and joined Real Sociedad, the 26-year-old having spent the last three-and-a-half seasons at the Basque club.

With a reunion to come with Manchester United in the Europa League this week, Januzaj has lifted the lid on his Old Trafford struggles, the player blaming Van Gaal for failing to nurture young stars like himself and fellow flop Memphis Depay.

“When I played my first season at United and came through the academy, people were showing me love. The coaches were letting me enjoy my football,” Januzaj told the Daily Mail.

“Then obviously when a coach (Van Gaal) comes who doesn’t show you love, it gets more difficult to prove yourself and be happy.

“When Sir Alex Ferguson was talking to us, he gave us a bit of hope. ‘Work hard, your time will come’.

“Even if you had a bad pass, Van Gaal would shout at you. For young players that isn’t good, you have to teach them. A coach is like a teacher, that’s what I missed the most.

“It wasn’t only to me but also to other young players. To Memphis (Depay) also, he’s a great player and you can see he’s making a difference with Lyon in France.

“As young players we just had to sit there and wait for our opportunity to play for 10 or 15 minutes. Okay, we can show a glimpse of our quality but you cannot show how good you are.”