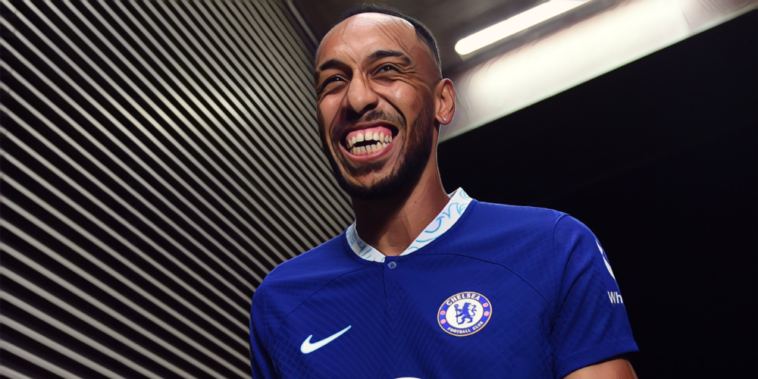 Thomas Tuchel has explained what Pierre-Emerick Aubameyang will bring to Chelsea after completing a deadline day deal for the forward.

Chelsea completed the signing of Aubameyang from Barcelona on Thursday evening, after agreeing a fee of £10m plus defender Marcos Alonso.

The 33-year-old returns to the Premier League after a spell at Arsenal, in which he scored 92 goals in 163 appearances for the Gunners.

Tuchel worked alongside the forward during his time in charge of Borussia Dortmund and has outlined what he believes the Gabon international will bring to Chelsea.

“Hopefully he can be that good again, we know what we get and he was keen to get back to the Premier League and we are happy to make it happen,” Tuchel told his pre-match press conference ahead of his sides clash with West Ham.

”He delivers goals and speed and work rate against the ball so it’s a big package he can bring to our group.

“At the moment he cannot train and we need to get him a mask to protect his jaw and then we can start from next week.”

Tuchel also discussed Aubameyang’s past conduct, with the forward stripped of the captaincy and allowed to leave Arsenal following disciplinary breaches. The German insists he had no problems with the forward during their time in Dortmund.

“There was nothing big. He has a bit of a problem with his time but he never missed a meeting. Sometimes in the 60 minutes before training it is a struggle for him and it may be 59 or 58 minutes.

“He was always positive and he never missed training, he was always happy and in a good state of mind and it impacts the group in a positive way, this is how I remember Auba and this is what we expect from him.”