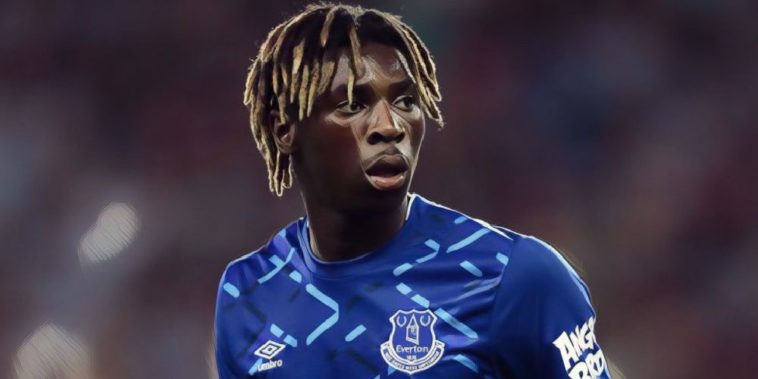 Carlo Ancelotti has urged Everton to be patient with Moise Kean following the youngster’s difficult debut season in the Premier League.

Kean signed for Everton in a £27.5m deal from Juventus last summer and arrived from the Serie A champions with a promising reputation, the 20-year-old having become the first player born this millennium to score in one of Europe’s major leagues and the youngest ever goalscorer for Italy in a competitive fixture.

The forward has struggled since his arrival in English football, however, making just five Premier League starts and scoring just once in a draw with Newcastle back in January.

Kean also came under criticism for breaching lockdown rules but Ancelotti remains convinced his compatriot can prove a success at Goodison Park, insisting he will remain at the club despite speculation linking him with a return to Italy.

“It is a possibility he can start [against Sheffield United] but the idea we have on him doesn’t change,” Ancelotti said at his pre-match press conference. “He will be our player next season.

“He has learned about the environment we have here in this club and developed his relationship with his teammates. It takes time.

“He is really young, a player with potential and a lot of quality. It is true he didn’t play a lot but he had really strong competition up front. Dominic Calvert-Lewin and Richarlison did really well.