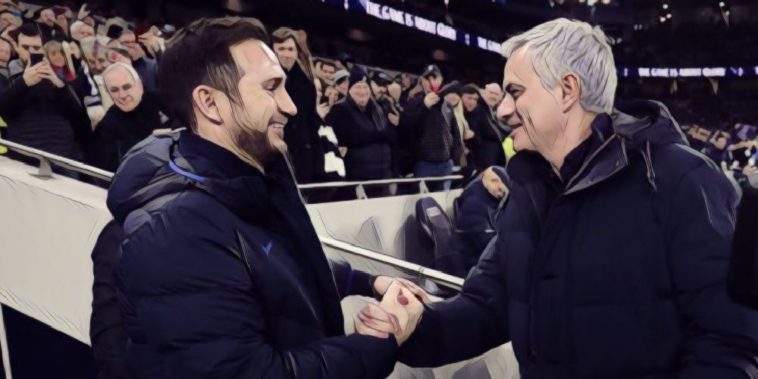 Jose Mourinho has played down the prospect of facing Frank Lampard upon his return to Stamford Bridge by insisting it is ‘nothing special’ ahead of Tottenham’s trip to Chelsea.

Mourinho will take his Spurs side across the capital to face Chelsea this weekend, returning to the club where he won three Premier League titles over two separate spells in charge.

The Blues are now under the guidance of former favourite Lampard, a player who played an influential role in the first two of those successes under Mourinho, being named as the FWA Footballer of the Year during their 2005 title triumph.

Despite the links, however, Mourinho has played down the significance of facing his former club, and insists the clash is just ‘one more game’ in the club’s pursuit of a top-four finish.

“No, it is not special. It is one more game,” Jose said at his pre-match press conference.

When pressed on the matter, Mourinho refused to delve into his Chelsea past and says he is fully committed to bringing success to his current employers.

“Because I am a professional, because as I said every time I played against my previous clubs, I belong 100% to my club and that is it.

“The only different thing will be at the end of the game I can walk from the stadium to the house. Even that I will not take advantage of because I will come back with my players. Even for something that will be an advantage for me I am not going to use that as an advantage.”

Mourinho added that is will be nice to see Lampard, though says the focus should remain on a crucial meeting between the two sides and not the opposing managers in the respective dug-outs.