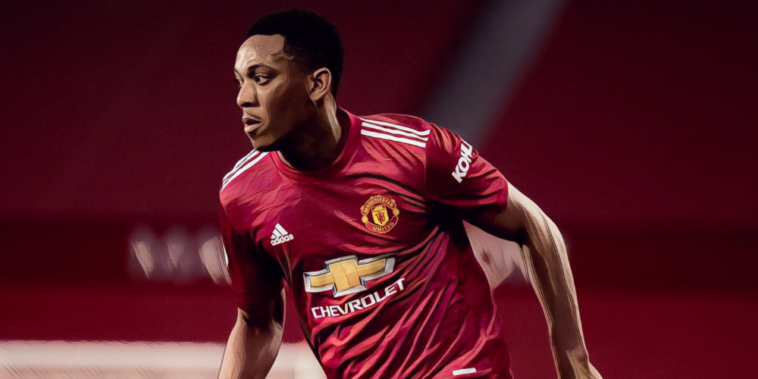 Inter Milan are eyeing up a move for Manchester United striker Anthony Martial, as they seek a replacement for the Chelsea bound Romelu Lukaku.

The Serie A side have been left scrambling to secure the signing of a new centre-forward addition, following the news that current talisman Lukau is set to return to Stamford Bridge in what is believed to be a club-record £97.5m deal.

The Belgian forward had been in sparkling form since his arrival from Manchester United back in 2019, having netted 64 goals in just 95 games for the club in all competitions, including bagging 24 league goals last term to help secure a first Scudetto for the club in over a decade.

While the 28-year-old seemingly had no initial intention to depart and Inter had no desire to sell, their current financial woes have culminated in his impending exit, the Italian side simply unable to turn down such a hefty offer from the Blues.

There have been reports that Atalanta striker Duvan Zupata could be the man to step into his shoes at the San Siro, while a move for Roma forward Edin Dzeko has also been mooted, although the Mirror are reporting that it could be Man United’s Anthony Martial who they are after.

Inter are said to want to take the player on-loan for the upcoming season and United are likely to agree, so long as Simone Inzaghi’s side are willing to include an obligation to buy in the deal to the tune of roughly £50m – the amount that the Red Devils paid back in 2015 to prize him from Monaco.

Although he has three years to run on his £200,000-a-week contract, Inter are said to be willing to shoulder the burden of that cost, having previously been interested in his services two years ago.

Despite enjoying an impressive 2019/20 campaign as United’s first-choice striker, the Frenchman slipped down the pecking order last term following the arrival of Edinson Cavani and the emergence of Mason Greenwood, going on to net just four Premier League goals all season.

Although injury to Marcus Rashford has perhaps opened the door for more game time for the 25-year-old, the report suggests that Ole Gunnar Solskjaer and co will agree a deal for his exit if the right offer comes in.