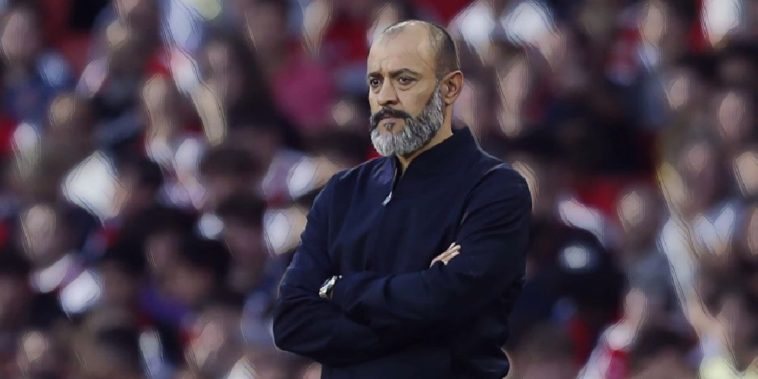 Nuno Espirito Santo’s sacking at Tottenham has become ‘inevitable’ with managerial change expected at the North London side ‘sooner rather than later’.

Spurs‘ disappointing start to the season continued with a humbling 3-0 defeat at home to Manchester United this weekend, a result and performance which has piled the pressure on Nuno who faces a fight to save his job.

The 47-year-old is on the brink with Spurs currently eighth in the Premier League, the Portuguese coach’s negative tactics having attracted criticism since his appointment as Jose Mourinho’s successor this summer.

The Athletic are reporting that Nuno’s dismissal is expected ‘sooner rather than later’ with it becoming ‘inevitable’ that Daniel Levy will look for change, the manner of their defeat to the Red Devils on Saturday evening – failing to register a single shot on target at home – set to lead to the manager’s exit.

Spurs’ fans made their feelings known during the defeat and booed the manager’s decision to substitute Lucas Moura, with the club holding crisis talks on Sunday in the wake of the fan reaction to both Nuno and Levy.

The underlying statistics of the campaign are damning, with Spurs ranked joint-bottom alongside Norwich – a winless side that has scored just three goals this season – for shots this season, whilst only the Canaries have lower totals for goals scored and xG accumulated.

The uninspiring football is a far cry from the ’free-flowing’ style Levy had promised in his search of a new manager and Spurs now look set for another managerial pursuit, following the chaotic process that eventually led to Nuno’ appointment during the summer.

The former Wolves boss remains in charge at present, with Spurs facing Vitesse Arnhem in the Europa Conference League on Thursday, before a Premier League clash with Everton next weekend.