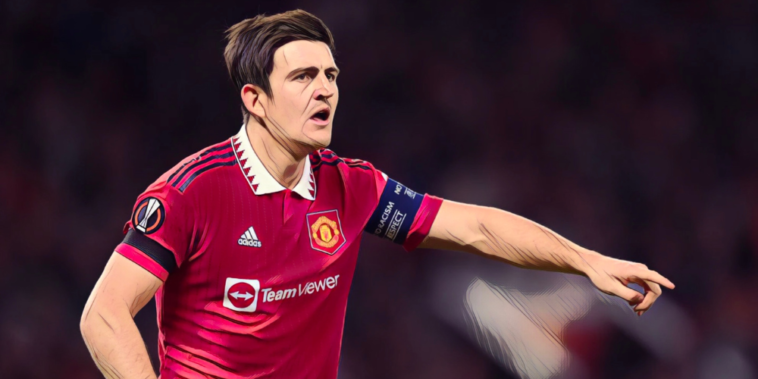 Erik ten Hag has backed Harry Maguire to come through a difficult period and insists he has belief in the Manchester United captain.

Maguire has endured a tough start to the season after a difficult campaign last term and has lost his place in the Red Devils’ side. The centre-back has not started a league fixture since August, with Ten Hag having preferred a partnership of Lisandro Martinez and Raphael Varane during the club’s recent upturn in form.

Despite his lack of minutes, Maguire was included in the England squad for September’s international break and featured in the Three Lions’ clashes with Italy and Germany. However, a poor performance against the latter has seen the defender again come in for criticism.

Maguire picked up an injury during the international break and has been ruled out of this weekend’s Manchester Derby, but ahead of the clash Ten Hag has given his backing to the 29-year-old.

“I have to coach him and back him. I back him because I believe in him. I can see his qualities,” Ten Hag told his pre-match press conference.

”His quality is there, he has almost 50 caps for England and there is high potential.

”Then it is about him. We all believe in him.”

Marcus Rashford and Anthony Martial will be assessed ahead of the clash at Manchester City after returning to first-team training this week.