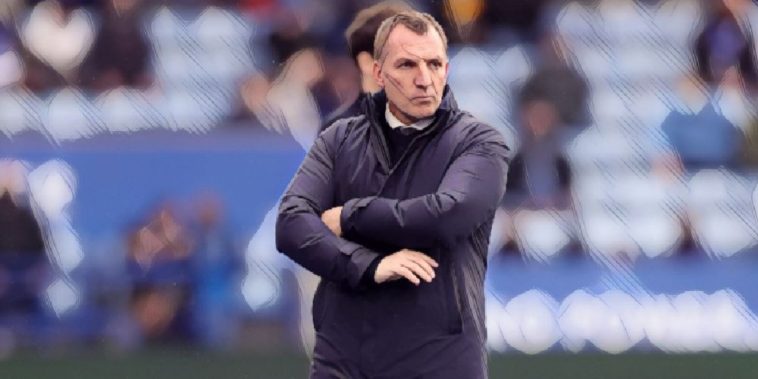 Leicester City missed the chance to secure a top-four spot for a second successive season, after they slipped to a damaging 4-2 defeat at home to Tottenham Hotspur on the final day.

After beginning the day in fifth behind Liverpool and Chelsea, Leicester simply had to win to try and keep their Champions League qualification hopes alive and made the perfect start in front of their returning fans, Jamie Vardy netting from the penalty spot after having been tripped inside the area by Toby Alderweireld.

On what could potentially be his last appearance for the north London club, Harry Kane then drew the visitors level just before half-time, the England captain securing the Premier League Golden Boot with a superbly taken volley that fizzed through the legs of Kasper Schmeichel.

With both side’s European hopes in the balance, it was the Foxes who struck next, Vardy once again netting from the spot, this time Davinson Sanchez adjudged to have fouled the Englishman inside the area.

In a topsy-turvy encounter, Spurs then drew themselves level once again, albeit with the aid of FA Cup final hero Schmeichel, the Denmark international turning into his own net after failing to deal with an in-swinging corner from Heung-min Son.

The Foxes agony was then exacerbated with just three minutes to go, as substitute Gareth Bale put the visitors ahead for the first-time in the match, the on-loan Welshman all-but extinguishing Leicester’s top-four hopes with a fine finish from just inside the box.

In the dying seconds, Bale then wrapped up the win with a vintage solo effort, driving at the heart of the Leicester defence before tucking home from close range, after his initial effort had struck the post.

Having missed out on the final day last season with a defeat to Manchester United, the Foxes would suffer the same fate after being pipped by both Liverpool and Chelsea, the defeat all the more painful given that Chelsea suffered a 2-1 defeat on the final day to Aston Villa.

Leicester spent more time than any other team in the top four.

But they drop out on the final day 💔 pic.twitter.com/UDaRtr5jD4

While Brendan Rodgers’ men squandered a golden chance to secure a place in Europe’s elite competition, the former Reds boss insisted he was still hugely proud of his side’s performance across the whole season.

“It’s hugely disappointing for us. We fought so hard all season. I always said you’re judged after 38 games and unfortunately we couldn’t quite make it,” he told BBC Sport.

“I have nothing but pride and admiration for the players. They’ve constantly had things go against them with injuries. If you look at the importance of the players out today, we were able to take it down to the last game and the last 15 minutes.

“The biggest factor [in losing Wesley Fofana] is we lose that extra height and presence in set-piece moments. Usually, we have Jonny [Evans] and Wesley, good presence and we conceded from two set-pieces.

“I said to the players before the game we’ve been playing non-stop – except for 21 days – for two years. When we started work together we were mid-table and just over two years later we’re challenging the elite and won the FA Cup for the first time in our history and we’re on the right path without the resources [of other teams].

“I have nothing but pride. The ownership have given me amazing support. The players have given me their heart and souls every day. I’m so disappointed for them we couldn’t get over the line.

“The fans pushed us through in the FA Cup final. It’s brilliant to have them back in again and sorry we couldn’t get over the line. We’ll prepare even harder for next season.

“I’ve always said [the other scores are] not relevant. You have to look after your own score and unfortunately we couldn’t.

“We need a period to go away and recover and relax a little bit. Premier League management is intense. We have work to do to improve the squad and come back early July motivated.”