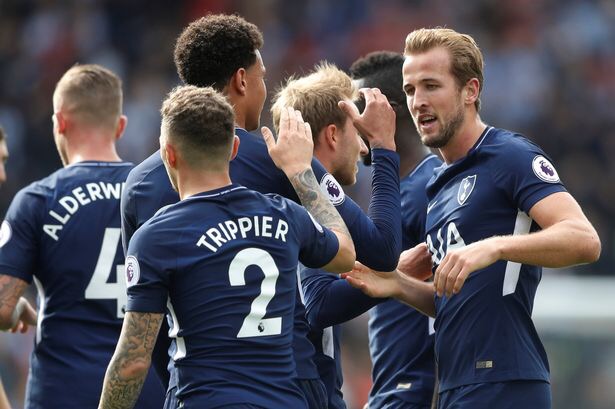 Tottenham continued their brilliant away form this season with a comfortable 4-0 win against Huddersfield. Spurs move up to third in the table, whereas Huddersfield drop to the bottom half in 11th.

Another Harry Kane double, with Ben Davies and Moussa Sissoko also getting on the scoresheet, saw Tottenham dispatch of the newly-promoted Huddersfield with little difficulty.

Huddersfield were unlucky to not go 1-0 up in the first five minutes however, as Tommy Smith found himself in an advanced position, his fierce long-range effort forcing a good save from Hugo Lloris.

It was Tottenham who broke the deadlock, Harry Kane latching onto a Kieran Trippier header, bursting clear of the Terriers defence and slotting the ball underneath Jonas Lossl.

Ben Davies scored the second 6 minutes later. A wonderful, one-touch passing move from Tottenham set Christian Eriksen away, but he was tackled by Christopher Schindler. Unfortunately for the defender, the ball went straight into the path of Davies, who deftly placed the ball into the bottom right of the goal.

A couple of chances went begging for Kane in the first half; firstly, a dipping volley from outside the box just flying over the crossbar. Shortly after, Lossl misjudged a kick which gifted Kane the ball, but the Spurs striker couldn’t make anything of the opportunity.

Spurs were 3-0 up by the 23rd minute. Harry Kane shrugged off a couple of Huddersfield challenges before unleashing an unstoppable curling shot with his left foot which flew past a flailing Lossl.

Kane scored again in the 35th minute, but it was rightly ruled out for offside after he volleyed home Davies’ cross, but had run too early.

Laurent Depoitre was determined to show that Huddersfield had some fight in them, as he charged into the Spurs half in the 42nd minute and rattled a powerful shot off the crossbar.

That was all the resistance Huddersfield could muster, as the second half was uneventful. Alli received a yellow card for simulation after he was adjudged to have dived. Tottenham’s fourth goal came in the form of a bundled 91st minute goal for unlikely goalscorer Moussa Sissoko.