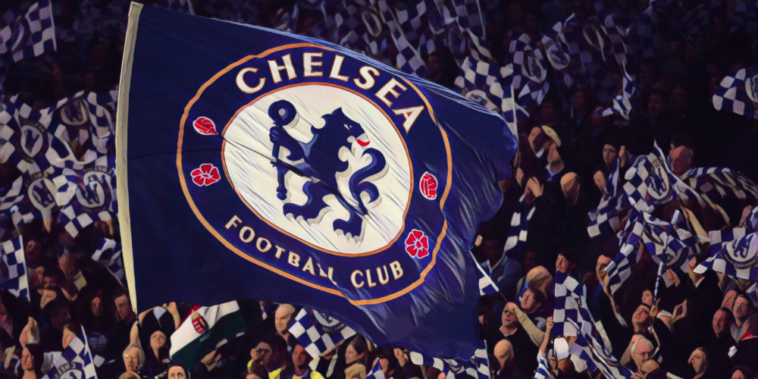 This was not supposed to be a soap opera of a season for Chelsea.

From January onwards last term, under the guidance of new boss Thomas Tuchel, the Blues immeasurably improved, embarking on a sustained run of impressive performances and results that elevated them from ninth into the top four. With a defence that appeared to be impenetrable and a glittering cast of attacking talent taking it in turns to shine, Chelsea’s points haul in the second half of the campaign was a title-challenging figure and then to top it off they went and won the Champions League.

This was unquestionably a new and exciting era for the club, governed by an elite and potentially generational coach with a clear mandate for success. Now if they could just secure a proven goal-scorer, Chelsea really would be in business.

Some sources claim that Chelsea would be expelled from playing in the Premier League next season if a sale has not gone through by the end of this month and any minor delay would now put that in jeopardy.

In mid-August, exactly 24 hours prior to their opening game of 2021/22, they did precisely that, bringing Romelu Lukaku back to Stamford Bridge for an eye-watering sum of £97.5m. Given the striker’s prolific exploits in Italy, and for his national side, this perceived final piece of the jigsaw instantly changed the narrative around Chelsea’s prospects, with pundits who had previously been tentative in proclaiming them genuine title contenders now confidently nailing their colours to a royal blue mast. On Lukaku’s debut, he bullied Arsenal remorselessly, scoring in the process. In Chelsea’s third game of 2021/22 they held Liverpool at Anfield, looking complete and formidable even when a man down for half of the contest.

All of this and much more signalled a period that heralded some form of dominance in the English game. It was absolutely not supposed to be a soap opera of a season.

Only then in December, their misfiring, struggling Belgian gave an interview with Sky Italia where he suggested the move had been a mistake and that he desired a return to the peninsula sometime soon. Admittedly, such an occurrence was a minor hiccup in the great scheme of things: the kind of controversy that every club experiences from time to time. But it still highlighted that all was not right in West London, especially as the Blues had relinquished top spot earlier that month. Incidentally, we are now a handful of games away from concluding this season and Lukaku has scored one goal fewer for Chelsea than their holding midfielder, Jorginho.

And then it happened. It happened. The seismic development that might forever alter the course of an established top six institution. Then came the sanctions.

It arrived out of the blue, as out of the blue as Russia’s invasion of Ukraine some weeks earlier. With Russian oligarchs who the British government believed had close ties to Vladimir Putin facing the very real prospect of having their assets frozen, Chelsea’s long-term owner Roman Abramovich – one of the oligarchs in question – had desperately attempted to off-load the club, to free them of his extremely expensive predicament. But it was all too late. On March 10th 2022, the government, to all extents and purposes, took Chelsea football club away from Abramovich and under their control, swiftly implementing a special license to allow the club to continue operating as a going concern. That aside though, Chelsea were in total stasis, unable to make any form of profit, which meant only season-ticket holders who had already paid for their entry could attend games. They were unable even to sell a shirt or for that matter a lion-crested pencil case in the club shop. As for any prospective transfers, forget about it because not a single penny could be made or traded.

Soon after, and with football still reeling from this unprecedented event, Thomas Tuchel’s side faced Luton in the FA Cup, lining up minus a shirt sponsor after mobile phone giants Three had suspended a deal worth £40m a year. Before the game meanwhile – not to mention several times since – Tuchel was asked searching question on geopolitics, not his deployment of an ineffective Timo Werner. It was all getting so surreal.

And while all this was playing out, behind the scenes a vetting process has taken place to find the club new owners. In the intervening months a large number of contenders have been in the frame, some shady, all of them ludicrously wealthy, and currently it appears that a consortium headed by Todd Buehly, co-owner of the Los Angeles Dodgers, is a firm favourite. Before the American businessman can be handed the keys however there is a great deal to untangle.

Not least a conclusive resolving of the £1.6bn sword of Damocles hanging over the club’s head, in the form of a loan from Abramovich. Twice-over there have been reports that the Russian intends to renege on writing off the debt. Twice-over this has been denied, in the second instance by the man himself via the club’s official website this week. “This has never been about business nor money for me, but about pure passion,” a part of the statement read.

Still though, £1.6 billion pounds. It’s a sum that would surely send the club to near bankruptcy, an apocalyptic event that hangs on the honour and whim of a pariah in exile. Where once that fortune furnished dreams, it might yet finance Chelsea’s undoing.

EXCLUSIVE: Chelsea FC’s new owners could be prevented from paying dividends for ten years and be bound by strict limits on the club’s indebtedness under a package of measures dubbed ‘anti-Glazer clauses’ aimed at avoiding the controversy that dogged Manchester United after…

On the pitch meanwhile, almost inevitably the soap opera surrounding SW6 has begun to have an inverse effect on results. Until December, Chelsea were well and truly in the title mix. Now, following a smattering of defeats, they are within catching distance of Arsenal and Spurs, both hellbent of depriving their London rivals of a Champions League spot.

As for the players, we already know – or at least it’s common knowledge – that Andreas Christensen and Antonio Rudiger are set to depart the capital this summer, all for reasons not at all connected to the sanctions. But what if others follow suit? What if raptorial rivals smell weakness amidst the chaos and the crisis and dangle tempting offers at Chelsea’s stars, not least the opportunity of a secure near future? And what if this also applies to Thomas Tuchel, an elite and potentially generational coach with a clear mandate for success?

Instincts concerning all this err to the positive, that ultimately Chelsea will be fine, in the hands of a new owner with the independence to invest and the wherewithal to retain the best that the Blues presently has.

The uncertainty however remains deeply worrying, as too the nagging suspicion that for a club so recently regarded as being complete and formidable, it could get an awful lot worse before it gets better.