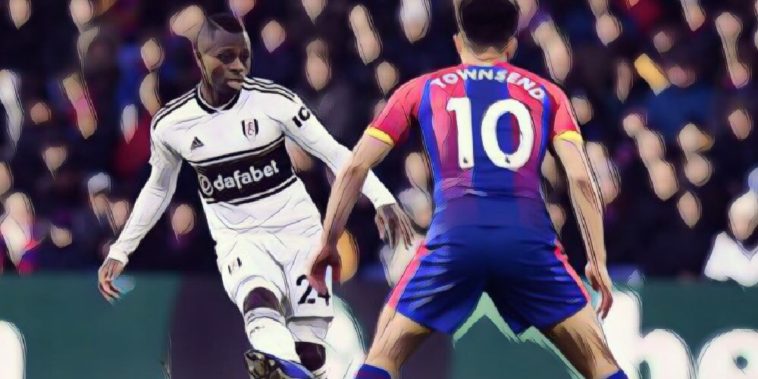 Crystal Palace manager Roy Hodgson had words of praise for Fulham, who came out on the losing side of Saturday’s clash at Selhurst Park.

The Eagles secured the victory with goals from Luka Milivojevic and Jeffrey Schlupp either side of the half-time, running out 2-0 winners over the Cottagers on home soil.

Palace opened the scoring through Milivojevic’s first-half penalty, which was awarded following a blatant handball from right-back Cyrus Christie, while new signing Michy Batshuayi was involved in the build-up to the second goal, despite only joining up with his new teammates on Friday.

Having compounding Fulham’s relegation woes, Eagles boss Roy Hodgson admitted that his side were fortunate during the game, saying that the visitors played well.

“Second half we played well, first half I have to give Fulham credit, they were very good and we were fortunate. It was a strange penalty, I can’t understand what has gone through the defender’s head,” Hodgson told reporters after the game.

“We controlled the game after that and had opportunities. We were not under pressure. But these are anxious times. If we had more points on the board, points that we deserved, it would be less problematic here. Every point is so valuable and if you’re in the lead you can stop playing and worry about the final whistle.

“We look more dangerous from corners – there are positives for us. Michy Batshuayi did so well to create the second goal. We will need these players who came on.”

Crystal Palace move up to 14th in the Premier League table following Saturday’s result, while Fulham remain in the bottom three, seven points from safety.