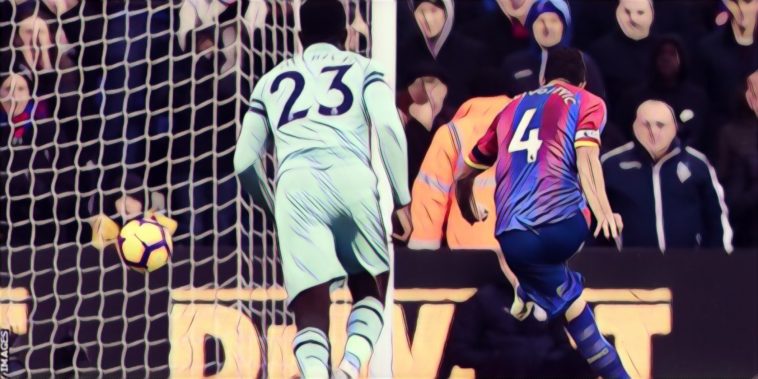 Granit Xhaka and Pierre Emerick-Aubameyang provided the goals for the Gunners.

The point keeps Palace four places clear of the drop-zone, however the former Liverpool and England manager was unhappy with what appeared to be a handball by Alexandre Lacazette in the lead up to Arsenal’s second goal that went unnoticed by the officials.

“I’m not even happy to end up with one point especially when you see how clear the handball was. It was tough to concede an equaliser after working so hard for the 1-0 lead.” Hodgson told Sky Sports.

“I thought the attitude of the players and the way we got in control of the game again after going behind, it was a very deserved equaliser. I’m very happy with the performance, I’m just a bit sad it didn’t give us the three points.”

Zaha was as usual Palace’s main outlet, charging up that left flank with the ball when possible, but in the end it was Milivojevic and his steel from the spot that earned Palace a much-needed point, with Hodgson praising the Serbia international’s mental strength after he recent miss against Everton.

“He’s scored a lot of penalties for us. He showed mental strength to step up and take them.” He added.

Hodgson was quick to clarify he was not blaming the officials for failing to penalise Lacazette’s handball in the second half, acknowledging that he is not the type to hinge a result on a referee’s decision.

“I don’t blame the referees and linesmen because things gets missed in football. If you criticise every decision that doesn’t go your way – I’m not that sort of manager. But most people will have sympathy for us.”