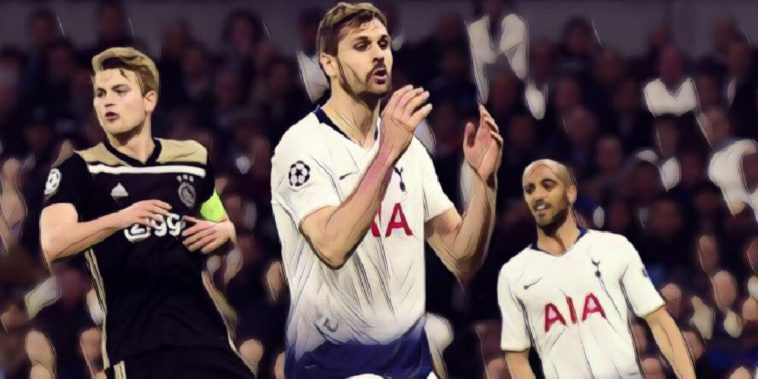 Glenn Hoddle was far from impressed after watching Spurs slip to a 1-0 defeat to Ajax in the first leg of their Champions League semi-final.

It may have one of the most eagerly anticipated games in the clubs history, but Spurs have left themselves with plenty to do in next week’s second leg in Amsterdam.

The Dutch league leaders started the evening in North London in blistering fashion, and took a highly deserved lead through Donny van de Beek in the 15th minute, with the 22-year-old coolly sliding the ball past Hugo Lloris after a precise through ball from Hakim Ziyech.

The hosts did get back into the game before the break, and dominated possession, but they were unable to create many clear cut opportunities against Erik Ten Haag’s side, who will now be the favourites to progress to the Champions League final.

“Very, very disappointing. No creativity, no width. It was a very lacklustre performance,” Hoddle said on BT Sport.

“They didn’t move the ball quick enough. Yes they are missing some key players – Harry Kane and Son Heung-min – but it was still disappointing.”