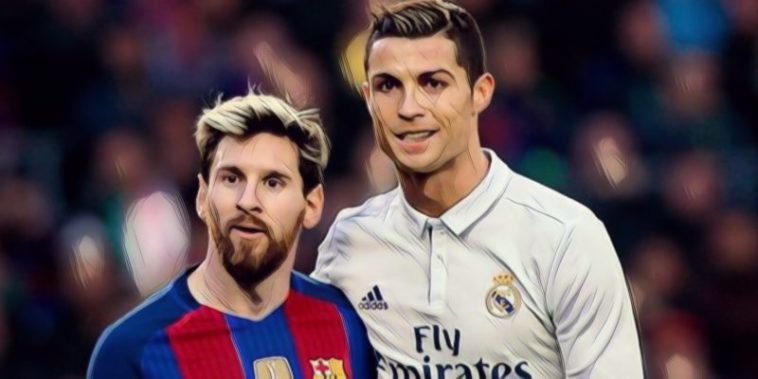 The biggest stage in club football has played host to some of the greatest goalscorers in the history of the game, and some of the planet’s current superstars are ready to once again make an impact in this season’s Champions League campaign.

Here are the six highest goalscorers in Champions League history.

Arguably the finest out-and-out number nine in world football, the prolific Pole continues to score with regularity in European competition – his tally now standing at 57 goals in just 83 appearances over spells with German giants Borussia Dortmund and Bayern Munich.

Lewandowski would help fire Dortmund to the final of the 2013 tournament, memorably becoming the first player in history to score four goals in a semi-final as Real Madrid were thrashed 4-1 in the last four.

Final defeat to Bayern would follow, before Lewandowski would join the Bavarian outfit that summer and he has continued to find the net prolifically in the Champions League.

The ultimate success is still yet to come despite the 31-year-old’s exploits, which counts against him in our rankings, though the Bundesliga champions will have ambitions of once again reaching the competition’s latter stages this season.

Slightly ahead of Lewandowski courtesy of his goals-per-game record is former Manchester United poacher Ruud van Nistelrooy, who hit 56 Champions League goals in just 73 appearances throughout his career.

Despite playing for four European Cup winning clubs, Van Nistelrooy would never get his hands on the famed trophy, though he could do little more during his time at Old Trafford.

In his five seasons playing for Sir Alex Ferguson, Van Nistelrooy would finish as the tournament’s top scorer on three occasions, defeat to Bayer Leverkusen in the 2001/02 semi-final the closest he would come to the biggest stage.

Few forwards have ever been as clinical and opportunistic as the Dutchman, whose goals per game ratio is only second to Barcelona superstar Lionel Messi amongst the highest scorers in the Champions League.

Does the Real Madrid star continue to be underrated?

Only three players have ever scored more Champions League goals than the French forward, who is a four-times winner of the competition and has scored crucial goals in the latter stages including a massively fortuitous effort in Madrid’s 2018 final victory over Liverpool.

Whilst his illustrious teammates may have taken more of the headlines, Benzema has quietly been a key figure in a side which has dominated European competition in recent seasons.

The 31-year-old is a potent finisher with a deft ability to link the play, whilst his tally of 60 goals in 114 Champions League games for Lyon and Real Madrid give him a better goals-per-game ratio than the likes of Raul, Andriy Shevchenko and Thierry Henry.

Regarded as one of the greatest Spanish players of all-time, Raul was the homegrown hero of the Galactico era and would become the first player in the competition’s history to reach 50 goals during his time at Real Madrid.

By that point, the forward had already won the competition three times during a glittering career at the Bernabeu, in 1998, 2000 and 2002, scoring in both the latter two final victories against Valencia and Bayer Leverkusen respectively.

After scoring 66 goals for the Spanish giants he would join German club Schalke, adding a further five goals in Europe’s leading competition to take his tally to 71 goals in 142 matches. Whilst his goals-per-game ratio may be bettered by the others on this list, few have made as big an impact at the business end of the tournament.

Comfortably ahead of the chasing pack are a familiar duo in the top two places, with Barcelona superstar Messi the second-highest scorer of the Champions League era.

The Argentine forward has scored 112 goals in just 137 appearances during his stellar career at the Nou Camp, winning the competition four times under three different managers and twice scoring in final successes.

His list of personal accolades include becoming the youngest player ever to reach 100 appearances and score 100 goals in the competition, whilst no player has ever scored more Champions League hat-tricks (8).

The five-times Ballon d’Or winner has finished as the Champions League’s top scorer on six occasions, with no player possessing a better goals-per-game ratio (0.82) than Messi since the competition’s rebranding in 1992.

Whilst the Messi v Ronaldo debate may rage on eternally between their respective supporters, there can be no denying that the Portuguese superstar has often turned the Champions League stage into his own personal playground.

The only player to have scored in three Champions League finals, Ronaldo also became the first player to win the tournament five times during his spell at Real Madrid, where he helped the Spanish side to La Decima in 2014 before a further three titles consecutively between 2016 and 2018.

A winner with Manchester United prior to his move to Spain, he will now bid to win the tournament with a third European giant having moved to Italian champions Juventus in 2018.

Regarded by many as perhaps the greatest goalscorer of all-time, he continues to set records with his list of accolades difficult to comprehend.

Amongst his Champions League records are:

He remains a true superstar of club football’s biggest competition.