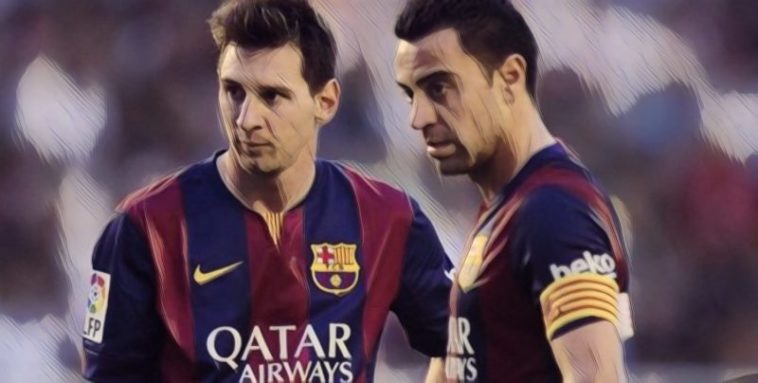 The Champions League is undoubtedly the pinnacle of club football, the tournament renowned for playing host to world’s football’s greatest talents.

Only a select few are given the chance to test themselves against Europe’s elite, whilst even fewer manage to lift arguably the most coveted trophy in the game.

We’ve decided to look back at and rank some even rarer talents, those who have managed to enjoy careers of longevity at the very highest level.

Comparing between different eras can be difficult, but there can be no arguing that Barcelona superstar Lionel Messi is a candidate for the greatest footballer ever to play the game.

Messi, and great rival Cristiano Ronaldo, have enjoyed lengthy careers that seem to have made the extraordinary become increasingly routine. The Argentine continues to produce mind-boggling numbers of goals, assists and magical moments, with the Champions League amongst his favourite stages.

The five-time Ballon d’Or winner has won the tournament on four occasions, finishing as the competition’s top scorer six times and scoring a barely believable 112 times in just 137 appearances.

The 32-year-old has twice scored in final success, whilst his performance in Barcelona’s dismantling of Manchester United in the 2011 showpiece remains one of the great Champions League individual displays.

The most decorated player in the history of the English game, Manchester United legend Giggs was a crucial part of an era which saw Sir Alex Ferguson’s side enjoy almost two decades of domestic dominance.

Amongst their 13 Premier League titles came two Champions League trophies, Giggs playing key roles in the club’s successes in both 1999 and 2008.

The first of those trophies would come as part of an unprecedented treble, before Giggs would come off the bench to convert a penalty against Chelsea in the first ever all-English final in Moscow nine years later.

Few have enjoyed careers of such length or success, Giggs becoming one of just a select few British players to have won the trophy on more than one occasion.

Only three players have ever made more appearances than Real Madrid legend Raul, and just two have scored more goals than the prolific Spaniard.

A three-times winner of the competition during a glittering career at the Bernabeu, Raul would help the Spanish giants to win the competition three times in just five years between 1998 and 2002, scoring in the latter two final victories over Valencia and Bayer Leverkusen respectively.

The homegrown hero of the Galactico era, Raul would average a goal every other game throughout his Champions League career, later joining German side Schalke before leaving European football in 2012 for Al Sadd.

The greatest Spanish player ever? That might be some accolade, but Xavi is most certainly a contender.

The heartbeat of Barcelona and Spain teams which would revolutionise modern football, Xavi was the creative fulcrum at the centre of the tiki-taka era which would bring a wealth of success to Spanish football.

Having helped end Barcelona’s 14-year wait for European success in 2006, the midfield dictator would add a further three Champions League titles over the next nine seasons to establish himself as one of the great playmakers.

The Barcelona side of 2011 is often lauded as possibly the greatest club football has ever seen, and their La Masia graduate was central to that success.

10 of the best quotes about Barcelona legend Xavi

Perhaps no player has ever thrived on European football’s biggest stage quite like Cristiano Ronaldo.

The Portuguese star’s desire to be regarded as the greatest ever is no secret, and he seems to acknowledge that delivering in the Champions League is the way to achieve his dream.

So far, he has delivered and then some.

His list of records include being the competition’s greatest ever goalscorer, whilst he also became the first player ever to win the tournament five times since its rebranding and only player to score in three separate Champions League finals.

Next on his list is to match Clarence Seedorf as the only player to win the tournament with three different clubs whilst at Juventus, whilst that would also take his tally to six – a feat only achieved by Francisco Gento in the history of the European Cup.

Don’t back against him achieving the feat.

The youngest goalkeeper ever to feature in the competition at the time of his debut in 1999, Casillas would go on to become the youngest man to ever play in, and win, a final later that season as the Spanish giants were crowned champions just four days after his 19th birthday.

He would win the tournament again two years later, defeating Bayer Leverkusen at Hampden Park, before lifting the trophy for a third time as Real secured La Decima in 2014.

With his glittering Bernabeu career coming to an end he would move to Champions League regulars Porto, where he continued to rack up appearances and extend his record in the twilight years of his illustrious career.

Having suffered a shock heart attack in July 2019, Casillas was handed a role on the coaching staff at Porto as he continued his recovery.