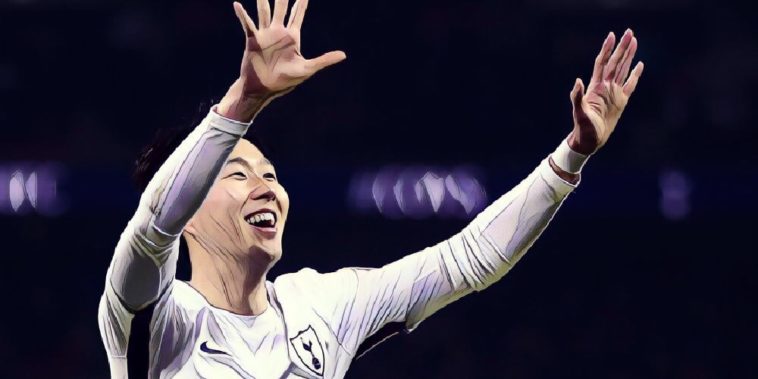 Eden Hazard, Riyad Mahrez, Alvaro Morata, Sadio Mane, Alexis Sanchez, Kevin de Bruyne – just some of the names who have scored less than Spurs star Heung Min Son, but all spoken of in much more glowing terms. Here’s a look at the Premier League’s unsung hero.

His two goals against Bournemouth at the weekend took him to 12 Premier League goals for the season and 18 in all competitions, including an incredible five in his last three outings.

However, this isn’t a sudden burst to prominence, the South Korean has been delivering the goods for the last two years, having also scored 21 last season. It’s not just his goals either, he also has seven assists this campaign and has a phenomenal work rate.

Yet despite his consistency in delivering the goods, hardly anyone seems to be raving about him or linking him with multi million pound transfers. But why?

Let’s look at the Spurs side to start, especially their attacking options. First there is Harry Kane. Kane has scored 129 goals in his last four seasons. That’s 129 goals in 178 appearances. It’s simply incredible and quite rightly he gets all the plaudits.

Then there is Dele Alli. The £5 million starlet from MK Dons who stunned the world by developing into one of the most highly sought after talents in the game. That, coupled with the fact that both he and Kane are English sees the majority of attention directed their way.

There is also the highly talented Christian Eriksen who has been a consistently top performer for Spurs since he moved from Ajax back in 2013.

Then of course, there is Son. Signed from Bayer Leverkusen for a relatively modest £22 million in 2015, he had a fairly understated first season in English Football. He notched just four Premier League goals in his debut campaign, the same season that the young Dele Alli broke into the Spurs squad and scored 10!

He also seems like a humble person, never in the headlines for the wrong reasons, and gets about his work on the field with a quiet efficiency and high energy.

I believe that is was these initial first impressions, as well as his ‘nice guy’ image, that have since allowed Son to drift under the radar and to get on with his work. Only now are people starting to sit up and realise how good he actually is.

“What a fantastic all-round player Son is. He’s got a great work ethic and he’s versatile.

“To have that option up top and for him to perform at the level he has done all season, he’s been sensational.

“Everybody’s been banging on about Sanchez going to Manchester United but I’d have Son every day of the week instead of Sanchez.”

Even as a Manchester United fan, it’s hard to deny that Son would probably be doing more in terms of both scoring and creating than the current United number 7, with only his work rate currently comparable to that of the South Korean.

Not only is Son one of the most unsung hero’s in the division, he is also one of the greatest ever Asians to ever play in the Premier League.