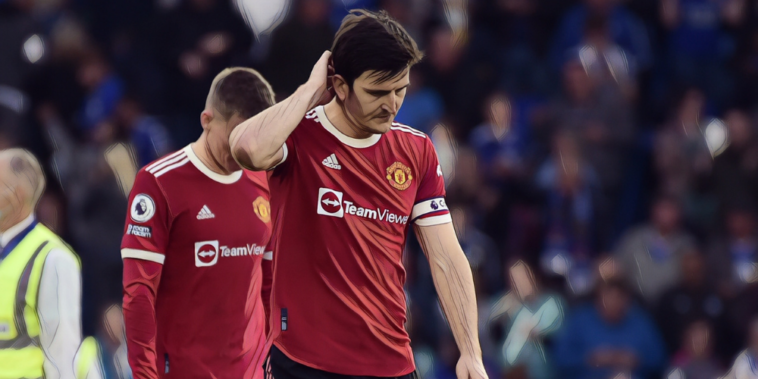 Manchester United‘s winless run extended to three games after an entertaining defeat at Leicester, with the Red Devils losing ground on Chelsea, Liverpool and Manchester City as the top three all secured wins.

Wolves earned Midlands bragging rights with a thrilling comeback win against Aston Villa, whilst David Moyes returned to Merseyside to haunt his former team as West Ham won at Everton.

Elsewhere there was a first win of the season for Southampton, whilst Tottenham won 3-2 at Newcastle as Steve Bruce edges closer to a St James’ Park exit.

Mohamed Salah is truly in extraordinary form at present.

Salah was on the scoresheet once again as Liverpool thrashed Watford 5-0 on Saturday, inflicting Claudio Ranieri’s biggest ever Premier League defeat during his first in charge of the Hornets.

The result was emphatic as the Reds ran riot at Vicarage Road with Salah once again his side’s catalyst and a player capable of unfathomable moments.

The Egyptian provided the assist for Sadio Mane’s goal with a bending outside-of-the-boot pass behind the Watford defence, before scoring an almost replica of his sensational solo goal against Manchester City to net his seventh of the season.

A goal that 𝐧𝐞𝐞𝐝𝐬 to be seen from every angle 💫🤩@MoSalah’s display of individual brilliance, presented by @Sonos 🎥 pic.twitter.com/eg2hyPWBHA

It’s now 10 goals in 10 games in all competitions and eclipsing the forward’s unforgettable 44-goal campaign in 2017/18 is not out of reach on current form.

Harry Maguire’s return to the Manchester United side proved a nightmare this weekend, as the defender was tormented upon his return to former side Leicester.

Returning following a three-week absence through injury, the England centre-back was short of fitness… and it showed, struggling to live with the pressing and power of Kelechi Iheanacho and finding himself culpable for three goals in his side’s 4-2 defeat.

Maguire was sluggish to react as he was dispossessed by Iheanacho for Leicester’s initial equaliser, before playing Caglar Soyuncu onside for the Foxes’ second and losing the run of Patson Daka for the home side’s fourth of the afternoon.

Faced with jeers from the home crowd throughout, a half-fit Maguire was found out at the King Power in a defeat which could prove costly to his side’s hopes of keeping in touch with the league leaders.

Wolves produced a superb comeback to beat Aston Villa this weekend, securing a vital win despite finding themselves two goals down heading into the final ten minutes of normal time.

Ruben Neves was central to the second-half fightback for his side, first cutting apart the Villa defence with a precise pass into Daniel Podence, who teed up Roman Saiss to reduce the deficit.

Neves then took responsibility to fire home the winner in the fifth minute of stoppage-time, a deflected derby free-kick sealing local bragging rights for Wolves.

His duel with Mohamed Salah during Watford’s defeat to Liverpool proved a total mismatch as the former England full-back was torn to shreds by the irrepressible Egyptian at Vicarage Road.

The twin threat of Salah and Trent Alexander-Arnold proved problematic for Watford throughout, their left side vulnerable as Rose struggled to cope.

Even with Adam Masina – another left-back – stationed further ahead of him to combat the Liverpool right, Rose found himself isolated and the result was countless joy for the visiting Merseysiders down his flank.

Sluggish and static in his defending, Rose was miles off the pace in a concerning team performance for new manager Claudio Ranieri.

Sergio Reguilon and Eric Dier deserve hero mentions for their quick-thinking and potentially life-saving acts during Tottenham’s win at Newcastle, pausing the play and calling for urgent medical attention to attend a stricken fan in the stands.

Huge credit must go to the duo for their actions and rightly so, but from a purely footballing perspective, it was Tanguy Ndombele’s performance at St James’ Park that offered the most encouragement.

Provided additional freedom with Oliver Skipp and Pierre-Emile Hojbjerg anchoring behind him, the midfielder was terrific in an advanced position and capped a fine performance with a stunning equaliser to cancel out Callum Wilson’s opener for the Magpies.

Tanguy Ndombele drills one into the top corner to level the scores! pic.twitter.com/xwQtrUH8p9

Finding consistency remains the issue for Ndombele, but his captivating repertoire of tricks and touches mean he is a player that Spurs must seek to coax the best from.

Newcastle crashed to defeat in their first game since the club’s billionaire-backed takeover, failing to build on Callum Wilson’s early goal as Tottenham came from behind to win at St James’ Park.

Any faint hopes of a late fightback were ended following Jonjo Shelvey’s senseless red card, the midfielder – on as a substitute – picking up two bookings in just 23 minutes on the pitch.

Shelvey’s first yellow card came within 90 seconds of entering the field, before a reckless and lazy swipe of Sergio Reguilon’s feet earned him his marching orders minutes later.

Far from the comeback from injury the midfielder will have envisaged.

Mendy came to his side’s rescue to thwart the hosts with a string of second-half saves, denying Ivan Toney, Saman Ghoddos, Pontus Jansson and Christian Norgaard to repel a Brentford barrage on the Blues’ goal.

Based on the shots on target he has faced, Édouard Mendy has prevented more goals than any other 'keeper in the Premier League so far this season.

The safest pair of hands in the league. 🙌 pic.twitter.com/5PCTOo35vI

Brentford’s xG of 1.95 was considerably higher than the 0.27 accumulated by Chelsea, the difference between the sides the performance of the towering Senegal international.

Mendy made five of his six saves from inside the area and becomes the fourth fastest goalkeeper in Premier League history to reach 20 clean sheets (38 games).

Ninth last season, Leeds have one win from eight games this term and have looked a shadow of the side that became neutral’s favourites with their expansive and energetic style last term.

The defeat to Southampton this weekend – even in the absence of Kalvin Phillips, Raphinha and Patrick Bamford amongst others – was arguably their worst performance since returning to the top division and the pressure is on Marcelo Bielsa to turn their fortunes around.

It’s now just four goals scored in their past six games, whilst the loss at St Mary’s was the first time Leeds have been outran by a side – excluding games involving red cards – since earning promotion from the Championship.

Leeds have been outclassed on occasion amongst the Premier League’s best, but a loss of their frenetic energy will raise huge concerns as only winless starts for Newcastle, Burnley and Norwich keep them clear of the bottom three so far.