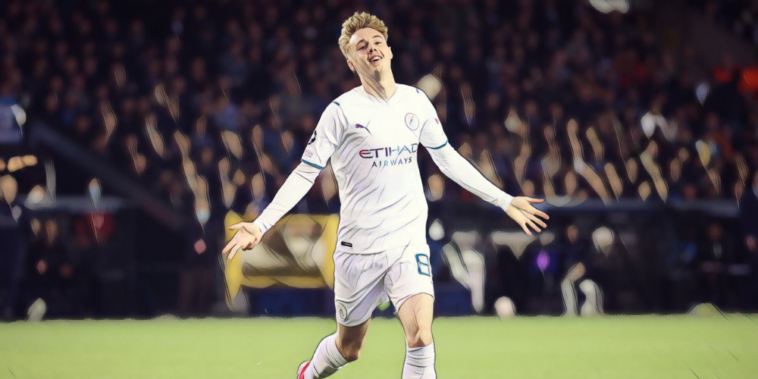 Following the latest round of Champions League action, we pick out some of the heroes and villains from the best and worst of the midweek fixtures.

It was four wins from four for the Premier League’s representative sides in matchday three, with Liverpool and Manchester United edging 3-2 thrillers against Atletico Madrid and Atalanta respectively.

Manchester City and Chelsea navigated their games against Club Brugge and Malmo in emphatic fashion, whilst there were wins elsewhere for perennial contenders in Bayern Munich, PSG and Real Madrid.

Heroes and Villains from the Champions League matchday three

Vinicius Junior is in the midst of the finest form of his fledgling career for Real Madrid, the winger untouchable throughout much of his side’s 5-0 win at Shakhtar Donetsk this week.

The Brazilian has been in scintillating mood across the opening weeks of the season, providing the electric spark when dovetailing alongside Karim Benzema in Los Blancos‘ attack.

Vinicius was in the mood from the first whistle against Shakhtar, who could not cope with his speed and ambition with the ball at his feet.

He scored twice in an emphatic success for Carlo Ancelotti’s side, his first a delicate finish over the goalkeeper following a cutting pass through the defensive line from Luka Modric.

His second was even better, as he waltzed into the Shakhtar box, two step-overs taking him away from the first defender, before ghosting round a second and slamming home with his left foot.

There was still time for an assist for Rodrygo, as the two Brazilian talents begin to grow in status at the Bernabeu.

Borussia Dortmund were beaten in embarrassing fashion at Ajax in matchday three, a clash between Group C’s pacesetters proving a lopsided affair at the Johan Cruyff Arena.

Ajax were the better side throughout as the Bundesliga side were thrashed 4-0 in Amsterdam, the Dortmund midfield exposed by the home side’s movement and energy.

Witsel was off the pace and lacklustre at the base of the Dortmund midfield, a lack of work-rate exposed as Ajax carved out several opportunities in a dominant attacking performance.

Sorry to the fans who travelled yesterday, we were not good enough. Time to bounce back on Saturday.

The 32-year-old was not alone in struggling, however, with the likes of Nico Schultz and Mats Hummels amongst those who endured performances to forget.

Any side with ambitions of winning the Champions League this season will need to get past Bayern Munich, the Bundesliga champions in formidable form in continental competition this season.

Bayern made it three wins from three with a 4-0 win at Benfica this week, with the Germans having now scored in a staggering 84 consecutive fixtures across all competitions.

Julian Nagelsmann’s side have scored 52 goals in just 12 games this season and their multiple avenues to goal will only enhance their status as favourites for the Champions League, with the sparkling form of Leroy Sane having been a major positive in their season so far.

What a hit from Leroy Sane! 🚀

Bayern took the lead in Portugal thanks to a brilliant free kick! 💥#UCL pic.twitter.com/lYdSCgImc5

Sane was electric in the win against Benfica, scoring twice and providing another in a sublime attacking performance, the former Manchester City winger thriving in a new central role off Robert Lewandowski.

The 25-year-old’s first was a fabulous free-kick to open the scoring, whilst his improving clinical touch was evidenced with a cooly-taken second as the Germany international made it 14 goal involvements in just 13 games in 2021/22.

Shakhtar Donetsk had initially done well to contain Real Madrid during the opening exchanges of their clash in Kyiv, only for the fine defensive work of the Ukrainian side to be undone by a comical own goal from Serhiy Kryvtsov.

The defender had a howler in attempting to deal with Lucas Vasquez’s cross-field pass to Karim Benzema, inadvertently guiding the ball up and over his own goalkeeper after making a hash of his clearance.

It was the goal that opened the floodgates for Real Madrid as the Spanish side eventually ran riot in Ukraine.

Sebastien Haller’s dream first campaign in the Champions League continued with another star showing for Ajax this week, the forward scoring one and providing another as the Dutch side dismantled Borussia Dortmund.

It’s now six goals in just three appearances for Haller in this season’s tournament, a remarkable haul for a forward enjoying his first-ever campaign at Champions League level.

The former West Ham misfit has found a home in the Dutch capital and has been excellent for Erik ten Hag’s side since his arrival, scoring 25 goals in just 32 appearances across all competitions for Ajax.

Haller was excellent against Dortmund as the Bundesliga side struggled to deal with his physical presence, the forward bullying the likes of Mats Hummels and Manuel Akanji and getting his reward with Ajax’s fourth in a memorable 4-0 win.

Just what was Mario Hermoso thinking?

Atletico Madrid had hauled themselves level after falling two goals down to Liverpool inside the opening 13 minutes, an enthralling encounter at the Wanda Metropolitano having seen four goals shared in a breathless first half.

Antoine Griezmann’s red card had swung the momentum back in Liverpool’s favour, but Hermoso’s gift-wrapping of victory to the Premier League side will have incensed manager Diego Simeone.

The defender had lacked composure throughout and his senseless barge on Diogo Jota handed Liverpool a late penalty, one which Mohamed Salah cooly converted as the Reds escaped a thriller in the Spanish capital with three points.

A gifted and local left-footed midfielder produced from within the club’s academy system, the comparisons between Cole Palmer and Phil Foden are simple to make.

As he did following Foden’s emergence, Pep Guardiola has been keen to call for patience with Palmer after the teenager’s instant impact in the Manchester City first team this season.

The 19-year-old came off the bench against Club Brugge this week to score his first Champions League goal, a special moment for the midfielder whose fabulous finish came just two minutes after his introduction as a substitute.

No nerves on the big stage 🥶#UCL pic.twitter.com/EUVdLzNj4g

Palmer netted his first senior goal during the League Cup thrashing of Wycombe last month and made headlines last week after scoring a hat-trick for the U23 side on the same day he made a late cameo in City’s Premier League win over Burnley.

The Wythenshawe-born starlet will not be rushed and could do worse than follow the pathway set by fellow academy alumni Foden in how to earn Guardiola’s trust.

Having this week questioned whether Romelu Lukuku’s recent form was a result of burn-out, Thomas Tuchel’s decision to field the forward against Malmo this week came as somewhat a surprise.

Whilst the west Londoners could ill-afford a slip-up after defeat to Juventus last time out, there should be more than enough in the Blues’ reserve to beat the Swedish side even in the absence of their Belgian number nine.

Chelsea cruised to a 4-0 win at Stamford Bridge, but a positive evening was otherwise marred following an ankle injury to Lukaku, one that Tuchel suggested will keep the 28-year-old sidelined for an extended period.

With Timo Werner also picking up a hamstring injury in the win, the Blues are without a recognised forward for the foreseeable future.

Hindsight is a wonderful thing, but Lukaku’s inclusion – especially following Tuchel’s comments earlier this week – has come back to bite the German.