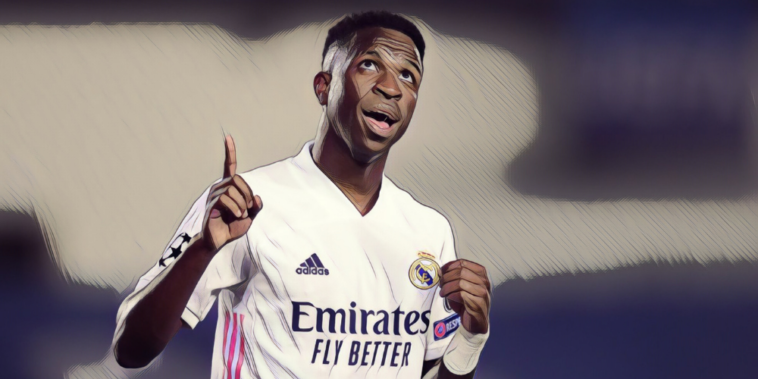 The UEFA Champions League matchday three was another fascinating round of fixtures and following some enthralling European encounters we’ve delved through the action to pick out some of the competition’s leading performers.

Liverpool moved a huge step closer to the knockout stages after maintaining their perfect record with a thrilling win at Atletico Madrid, whilst it was four wins from four for the Premier League sides as Chelsea, Manchester City and Manchester United all won.

Barcelona got their campaign back on track, whilst Lionel Messi scored twice as PSG edged an entertaining contest with RB Leipzig in Paris.

Following the midweek action, here is our Champions League Team of the Week for matchday three.

Liverpool appeared to be cruising after racing into a two-goal lead inside the opening quarter of an hour at Atletico Madrid, though the home side fought back to level before the break in a topsy-turvy tie.

The visitors had Alisson to thank for keeping the scores level as the Reds were cut through at ease on occasion, the Brazilian making strong saves to deny Antoine Griezmann and Joao Felix, before another second-half save from Yannick Carrasco.

He could do little about either goal from Griezmann, but his stand-out moments provided the platform for Liverpool to bounce back and snatch a priceless three points in Spain.

De Sciglio continued his recent renaissance as Juventus edged a narrow game at Zenit St Petersburg, the full-back following a strong showing against Roma last weekend with another good performance in Russia.

The Italian made a fine recovery run to deny Artem Dzyuba, before switching to left-back and finding the cross for Dejan Kulusevski to glance home and maintain Juventus’ 100% group stage record this season.

The former Liverpool defender set Sporting Lisbon on their way to an emphatic win at Besiktas, earning the Portuguese side their first points of the Champions League campaign.

Coates headed Sporting into an early lead in Istanbul after arriving unmarked into the area, before powering home an almost identical second to restore the lead after Cyle Larin’s equaliser for Besiktas.

The Besiktas defending certainly left a lot to be desired, but Coates’ brace of bullet headers breathed new life into Sporting’s hopes of reaching the knockout stages.

Gerard Pique came to the rescue as Barcelona’s campaign got up and running, though the Spanish side made hard work of a 1-0 win against Dynamo Kyiv at the Camp Nou.

Having endured a nightmare performance in Barcelona’s defeat to Benfica last time out, the veteran defender was the hero after meeting Jordi Alba’s cross to score the only goal of the game – the two stalwarts combining to avoid another European embarrassment for the Catalans.

Pique’s goal was the highlight of a much-improved performance from the centre-back, who was alert to the danger whenever Dynamo threatened on the break.

Ajax produced arguably the most impressive performance of matchday three after thrashing Borussia Dortmund in Amsterdam, the Dutch champions in superb form during their 4-0 win.

Daley Blind was amongst the architects of an outstanding display at left-back, scoring one and providing another as the Eredivisie side ran riot.

Blind’s goal was an execution of fine technique as he drilled a bouncing ball home to double Ajax’s lead, before hanging up a perfect cross for Sebastien Haller to head home and put the gloss on an emphatic victory.

Chelsea predictably dominated proceedings against Malmo at Stamford Bridge, with the European champion’s conductor in complete control at the base of the midfield.

Jorginho – back in the side after being rested against Brentford last weekend – was central to a comfortable performance for the holders, probing in his passing and stepping up confidently to convert two penalties in a resounding 4-0 win for Thomas Tuchel’s side.

Excellent as Real Madrid thrashed Shakhtar Donetsk 5-0 at Kiev’s Olympic Stadium, the Brazilian was typically dominant in his anchoring role as he allowed the attacking talents ahead of him to grab the headlines.

Casemiro made eight ball recoveries in an impressive performance from Carlo Ancelotti’s side, with the 29-year-old remarkably registering his 200th win in a Real Madrid shirt, in only his 296th appearance for Los Blancos.

Real’s uber-successful midfield trio of Casemiro, Toni Kroos and Luka Modric may be coming towards the end of their careers, but when on-song, it is a combination that can trouble any opposition.

Leroy Sane was often seen hugging the touchline during his Premier League career at Manchester City, but the Germany international showcased how effective he can be in a central role as Bayern won 4-0 at Benfica.

The game was goalless during the opening hour as Bayern struggled to make a breakthrough, only for Sane to explode across the final half-hour in a vintage performance from the 25-year-old.

Sane opened the scoring with a sublime free-kick, before showcasing a fine fleet-of-foot to burst into the box and tee up Robert Lewandowski for Bayern’s third.

He added a fourth late on with another clinical finish, his freedom to drift to either flank and pace running through central areas proving problematic for the Portuguese side.

Phil Foden may well just have solved Manchester City‘s centre-forward issues, with the 21-year-old superb in a false nine role as Pep Guardiola’s side won 5-1 at Club Brugge.

It was a wonderful performance from the Premier League champions against awkward opposition, in the ascendancy from start to finish with Foden at the heart of their free-flowing attacking display.

Top night, top result. @KyleWalker2 buzzing with that one 🐝😂 pic.twitter.com/7ZLIY791w4

The England international dropped deep and carved out opportunities with cute passes over the top, his floating around the pitch causing confusion between central defenders and defensive midfielders.

He assisted the opener but failed to find himself on the scoresheet, but this was an encouraging performance for Guardiola who might just have solved his forward conundrum.

Karim Benzema is in the form of his career right now and amongst the most influential forwards in world football, named as man of the match once again as Real Madrid dismantled Shakhtar in Kyiv.

The France international was involved in all five goals, netting the fifth himself in a deserving climax to another fine performance in which the veteran linked the play superbly.

It’s now 11 goals and eight assists in just 11 appearances across league and Champions League for Benzema, the 33-year-old set to be the inspiration behind Real’s pursuit of silverware this season.

Vinicius Junior has not always managed to translate his incredible talent into consistency, but against Shakhtar, the 21-year-old sparkled to continue his electric start to the 2021/22 campaign.

The Ukrainian side were terrified to challenge the winger as his directness and sharp feet caused problems throughout, with Vinicius scoring twice and creating another in Kyiv.

His first was a stellar lifted finish following a nonchalant Luka Modric assist, before a sublime second as he waltzed through a succession of challenges before firing home.

Vinicius now has seven goals for the campaign and is beginning to come of age as a key performer in Carlo Ancelotti’s side.