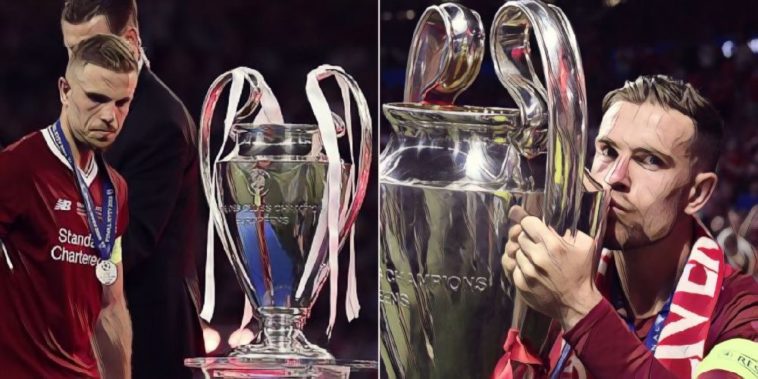 Jurgen Klopp secured his first trophy as Liverpool manager as the Reds were crowned champions of Europe last season, their showpiece victory over Tottenham coming just a year after losing to Real Madrid in the final of the same competition.

The Merseyside club have continued to improve this season and have since added the UEFA Super Cup and Club World Cup to their burgeoning silverware collection, whilst Klopp’s side are on the verge of securing a first league title in three decades ahead of the Premier League‘s behind-closed-doors return later this month.

Reds skipper Henderson admits the painful memories of that defeat to Real Madrid in Kyiv – plus previous final defeats in both the Europa League and League Cup – further added to the club’s motivation to land silverware ahead of their recent successes.

“That was a big factor,” Henderson told the clubs official website.

“Not only the 2018 final, but previous finals over the years that we had been involved in – the ­Europa League final to Sevilla as well, the League Cup final that we lost to Manchester City.

“All of those things you sort of learn from and it gives you even more ­hunger to put things right and improve.

“Every time we have faced that adversity we have bounced back in a really good way.

“It was just a case of continuing to do that and we knew the time would come where we’d manage to win something.