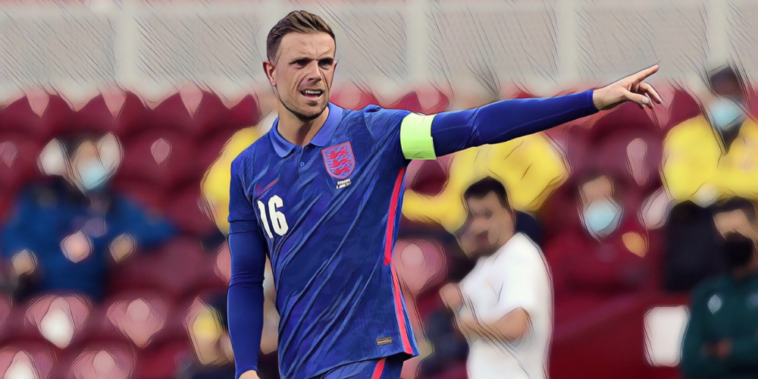 Jordan Henderson has laughed off Roy Keane’s comments about being England’s ‘cheerleader’ amid concerns over the midfielder’s fitness ahead of Euro 2020.

Keane was critical of Henderson’s inclusion in the England squad for this summer’s European Championship with the Liverpool captain having not featured for his club side since February, making his return to action as a substitute in the 1-0 friendly win over Romania on Sunday.

Henderson looked short of match fitness and missed a penalty to double the advantage for the Three Lions, with Keane questioning the wisdom in his inclusion in Gareth Southgate’s squad.

“I don’t think Jordan should be involved, if he can’t keep fit,” Keane told ITV.

“He hasn’t kicked a ball in three in a half months, he can’t be right.

“They want him round the place, for what? Does he do card tricks, does he have a sing song? Does he do quizzes in the evening? What is he there for?

“He doesn’t want to be some sort of cheerleader, he will want to play.“

Henderson – who worked under Keane during the pairs time at Sunderland – has however laughed off the comments and insists he wants to contribute this summer, admitting the England coaching staff are aware of his fitness levels ahead of the nation’s first group game against Croatia on Sunday.

“As a player you want to play and I’m not coming here just to be around the camp, like Roy was saying,” Henderson said.

“He can say whatever he wants about me. I found it quite funny. We know a little bit more detail and so does the manager, which Roy may not.

“I want to come here and I want to contribute in the games. How much is not really down to me, it’s up to the manager.”