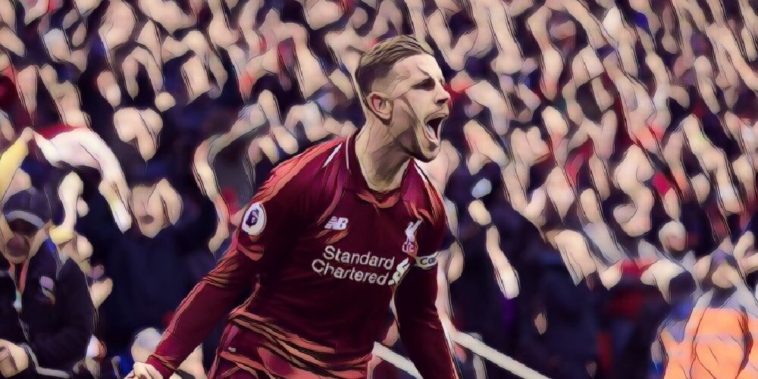 Jordan Henderson has admitted that Liverpool’s 2-0 win over Chelsea is a ‘really big’ result as they maintain their hopes of winning their first ever Premier League title.

After a goalless first half at Anfield in which both sides struggled to create too many clear-cut chances, Liverpool wasted no time after the break, with Sadio Mane opening the scoring on 51 minutes after getting on the end of a chipped Henderson cross, before Mohamed Salah scored an absolute thunderbolt just 142 seconds later to put the Reds 2-0 up.

There were a few nervy moments for the hosts, with Eden Hazard seeing an effort come back off the post before Reds ‘keeper Alisson saved a close-range effort from the in-form Belgian.

The result moved Liverpool back to the top of the league after they had watched Man City overtake them with their 3-1 win against Crystal Palace, and when asked what significance today’s result had on the title race, Man of the Match Henderson didn’t try to play it down…

“We have to concentrate on ourselves, work hard on training pitch and the focus is on the next game.

“We are enjoying it and that’s the main thing.”