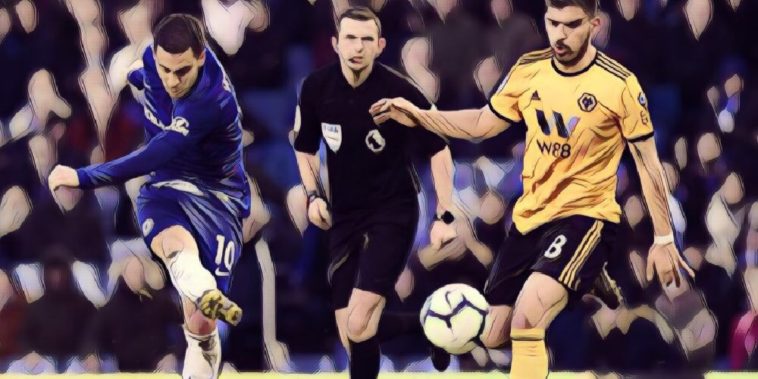 Eden Hazard thought that Chelsea didn’t move the ball quickly enough as they were held to a 1-1 draw against Wolves this afternoon.

As has often been the case with Chelsea this season, Maurizio Sarri saw his side dominate the ball, enjoying 75 per cent of the possession at Stamford Bridge, while having 22 attempts on the visitor’s goal.

However, it Wolves who took the lead through Mexican forward Raul Jimenez, with the Blues relying on a stunning 92nd-minute equaliser from their talismanic forward, Eden Hazard.

Assessing the Blues performance, goalscorer Hazard thought that his side didn’t move the ball quick enough to threaten their opponents, while also highlighting their recent improvement.

“Of course we are disappointed. We didn’t create a lot of chances and we moved the ball too slowly,” Hazard told Sky Sports.

“This type of game, maybe three months ago we’d have lost.

“The spirit is good. When we lost 6-0 to Manchester City, we said there were three or four months left and we have to try and finish in the top four.

“The players are a bit sad because we probably could do better.”