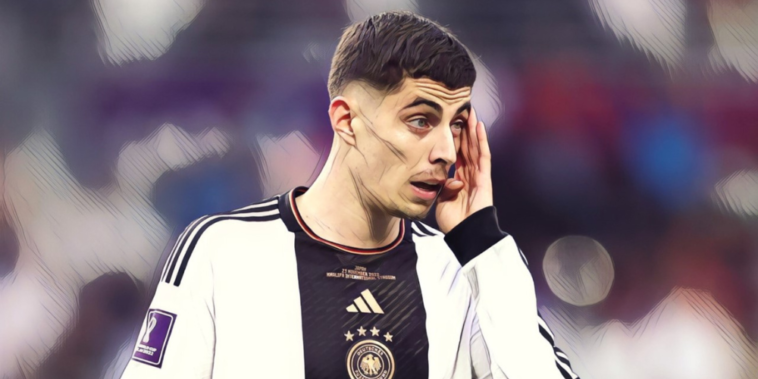 Kai Havertz insists Germany must take the blame for their World Cup group stage exit, after Hansi Flick’s side crashed out in Qatar.

Germany have been eliminated at the group stage for a second successive World Cup, with a 4-2 win over Costa Rica not enough to secure progress on Thursday evening.

The 23-year-old insists the team must shoulder the blame for their early exit and says Germany had enough chances in previous games to progress.

“We have to look at ourselves,” Havertz said.

“We then turned the game around, which was good. But then you see the other result. With quality like that, we can’t afford to lose to Japan. The game against Japan made the difference.”

Havertz was asked whether Germany were distracted ahead of their opening defeat to Japan, following the nation’s One Love protest pre-match. He refuted those claims however, insisting the game was at the forefront of their minds.

“Performances on the pitch come first in a tournament like this,” the Chelsea forward insisted. “Of course, the top was on our minds. We made our position clear many times. But that’s the last thing we want to use as an excuse.”