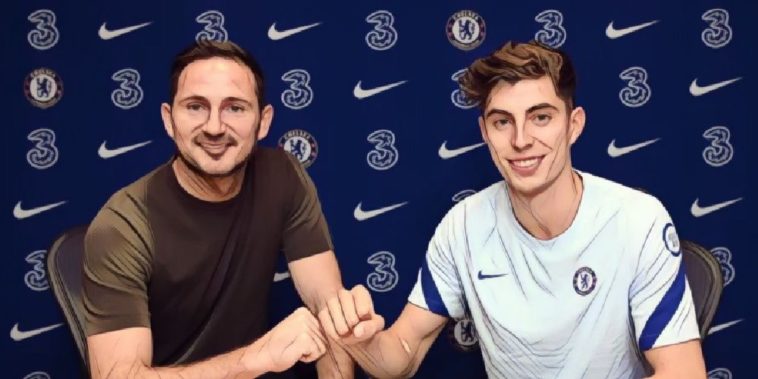 Chelsea’s impressive summer spending spree sailed past the £200 million mark on Friday night, finally completing a deal to bring the highly-rated Kai Havertz to the club after weeks of speculation.

The Germany international has been linked with a number of Europe’s biggest clubs following an impressive few seasons in the Bundesliga, though with the financial effects of the coronavirus pandemic rippling across the game, very few clubs have had the spending power to make a serious attempt to lure him.

One team who have been able to though is Chelsea, the club’s finances bolstered by last summers FIFA imposed transfer ban as well as raking in up to £143 million from the sale of Eden Hazard to Real Madrid.

The West London club confirmed the arrival of Havertz on Friday evening, the 21-year-old becoming their sixth summer signing, joining the likes of Timo Werner, Thiago Silva, Hakim Ziyech, Ben Chilwell and Malang Sarr through the Stamford Bridge entrance, and the versatile playmaker is looking to have fun in Frank Lampard’s youthfully exciting side.

“I think it is very exciting because Chelsea has very young players and I know some of the players like Timo [Werner] and Toni [Rudiger],” Havertz said in an interview with chelseafc.com. “I have played with them in the national team and they are good friends of mine and so I think this is very good for me. Also that Chelsea have very young players and English players and that is very nice and a big project. Hopefully we can have many successes.

“I want to achieve as much as possible, I try to do my best and of course it is a very big step. For me it is a new country, a new culture and it is difficult maybe in the first two or three weeks, but then I think I just want to play football and have fun with the boys. Of course I want to have big success and we want to win titles here. Chelsea is always a big club and they want to win titles and I try to do my best so we can achieve these things.”

Speaking of his new boss, Havertz is keen to learn from Lampard, who established himself as one of the games greatest ever midfielders, netting 177 league goals during his time as a player to make him the fifth most prolific goalscorer in Premier League history.

“Of course he had a big impact on my decision because I loved him as a player and watched him very often, and I think I can learn from him now he is a manager as well. I think he is a very humble person and a great guy and I can’t wait to play with him and learn from him.

“He was very offensive like me and he loves to score goals, and I love to score goals as well so I think he will help me a lot in my position. Also maybe on the things that I can improve and I can’t wait to work with him.”