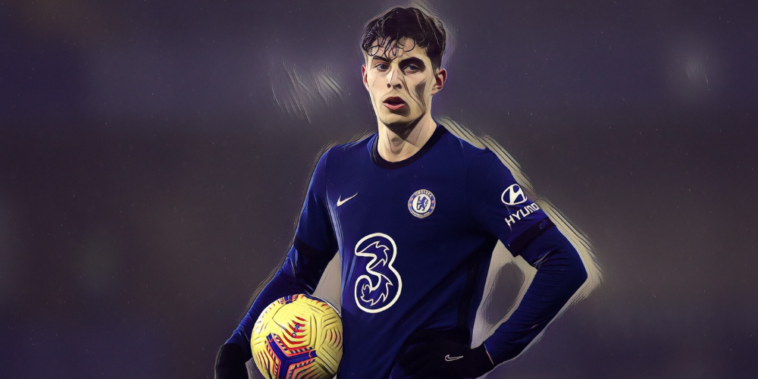 Kai Havertz has been backed to ‘convince the critics’ following a difficult debut season for the midfielder at Chelsea.

Havertz signed for the west London side in a club-record £72m deal from Bayer Leverkusen last summer but has struggled during his first season at Stamford Bridge, scoring just once in 18 league appearances and failing to produce the performances that saw him heralded as one of world football’s brightest talents.

The Germany international’s ineffective displays have seen him criticised in the media, with the arrival of compatriot Thomas Tuchel as head coach hoped to have a positive influence on the youngster as he continues to adapt to the demands of English football.

Havertz has now been backed to ‘convince the critics’ with former Bayer Leverkusen teammate, Jonathan Tah, insisting the star will soon show his ‘enormous qualities’ if given time to adjust to the Premier League.

“I’ve been watching the Chelsea games regularly since then (the move),” he told Sport 1.

“It’s super interesting because Timo Werner and Antonio Rüdiger also play there. I know what qualities Kai has.

“The game there is different than in Germany. There is a lot of talk in such phases: He has to do this and that because he has cost so and so much.

“But that’s nonsense. Give the boy time; then he will show his enormous qualities at Chelsea too. Kai will convince all the critics over there!”

Read – FPL Podcast: The best double gameweek players to own in GW24